In his 2022 Easter homily, Mr Kukah criticised the regime for expending huge resources to training and supporting terrorists. 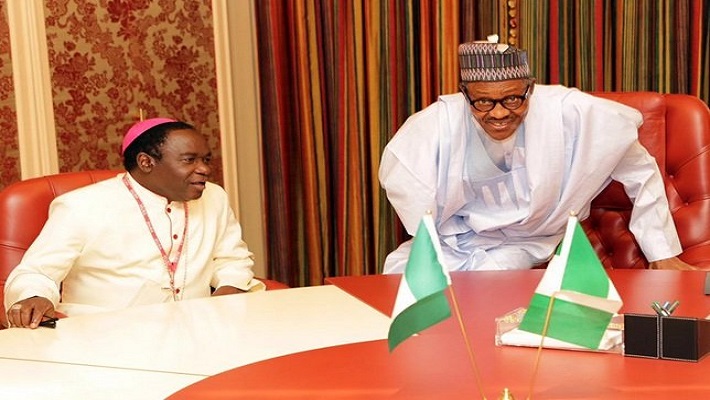 In yet another scathing assessment of the President Muhammadu Buhari administration, critical cleric Matthew Kukah has alleged that the Nigerian leader appears to be more committed to reintegrating repentant Boko Haram terrorists into the society than rescuing kidnapped victims.

“It seems that the federal government has shown far greater commitment to integrating so called repentant terrorists than getting our children back from kidnappers or keeping our universities open,” Mr Kukah, the archbishop of the Sokoto Diocese of the Catholic Church, said.

In his 2022 Easter homily, Mr Kukah criticised the regime for expending huge resources to training, feeding and supporting terrorists despite their atrocities.

“Earlier last month, Operation Safe Corridor announced that it had graduated 599 members of various terrorist groups who have acquired new skills and are now ready to be integrated into society.

“The total comes to over a thousand now. It is plausible to note that the programme involves psycho-social support, rehabilitation, vocational training, skill acquisition and start-ups,” Mr Kukah said.

Since Boko Haram terrorists began launching attacks on Nigerian communities, over two million Nigerians have been displaced, according to a report by the United Nations.

In 2014, Boko Haram insurgents kidnapped over 270 school girls in Chibok, a community in Borno State, a development widely condemned across the globe.

Similarly, in 2018, the insurgents kidnapped over 100 schoolgirls in Dapchi, Yobe State, releasing all of the students except Leah Sharibu, a Christian who refused to denounce her faith.

The United Nations Development Programme (UNDP) in June 2021 reported that Boko Haram terrorists have killed about 350,000 people in the North-East, 90 per cent of whom were children since the terrorists launched deadly attacks in 2009.