“This will end energy poverty as it will lift 100 million people out of poverty and drive economic growth.” 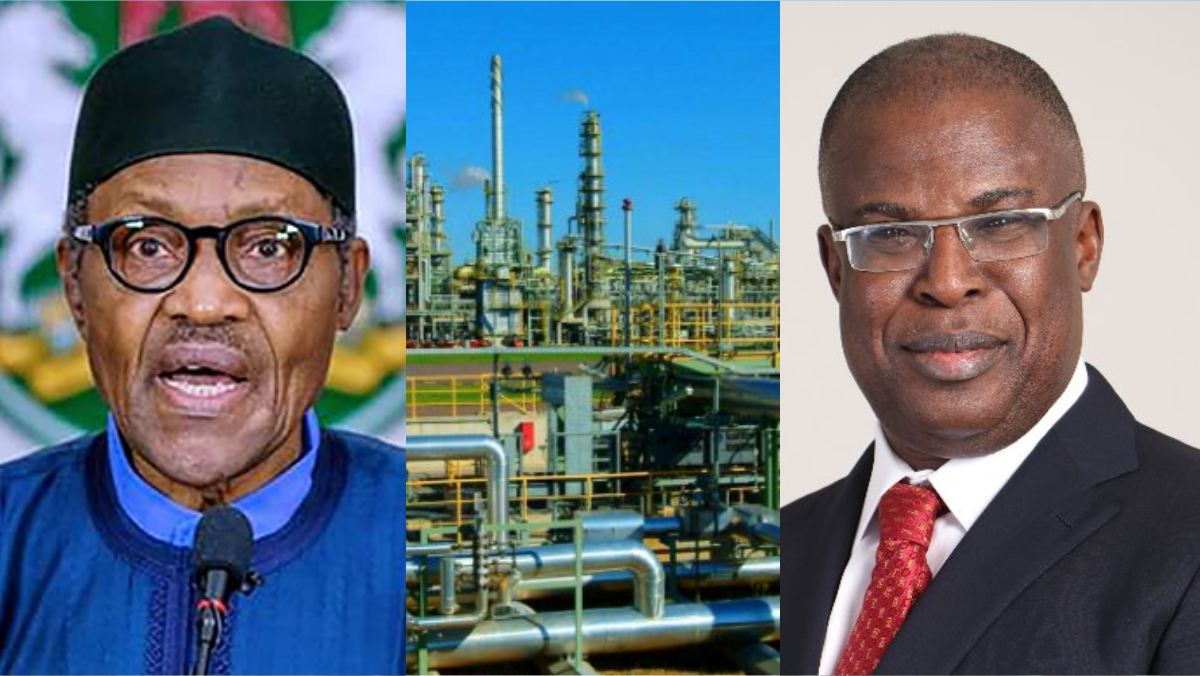 A composite of President Muhammadu Buhari, Refinery, and Chief Timipre Sylva, Minister of State for Petroleum Resources used to illustrate this story

The federal government says Nigeria requires $410 billion to achieve its energy transition plan by 2060 to address challenges and policy flexibility in the sector.

Timipre Sylva, the Minister of State for Petroleum Resources, said this at the seventh meeting of the National Council on Hydrocarbons on Thursday in Minna.

“This will end energy poverty as it will lift 100 million people out of poverty and drive economic growth forward,” he added.

The minister said the country, through the Solid Minerals Development Fund, was on the verge of unveiling a cutting-edge technology in gold mining.

He said to this end, the federal government received 34 memoranda of understanding (MoUs).

Mr Sylva said seven were merged, and 11 were stepped down, adding that the memos had been presented to the council for consideration.

The three-day meeting was attended by stakeholders in the oil and gas sector, hydro, energy, academia, security, and traditional leaders.