The governor alleged that the Buhari has frustrated efforts to repair roads of economic importance in Abia State and has also failed to pay refund on past projects. 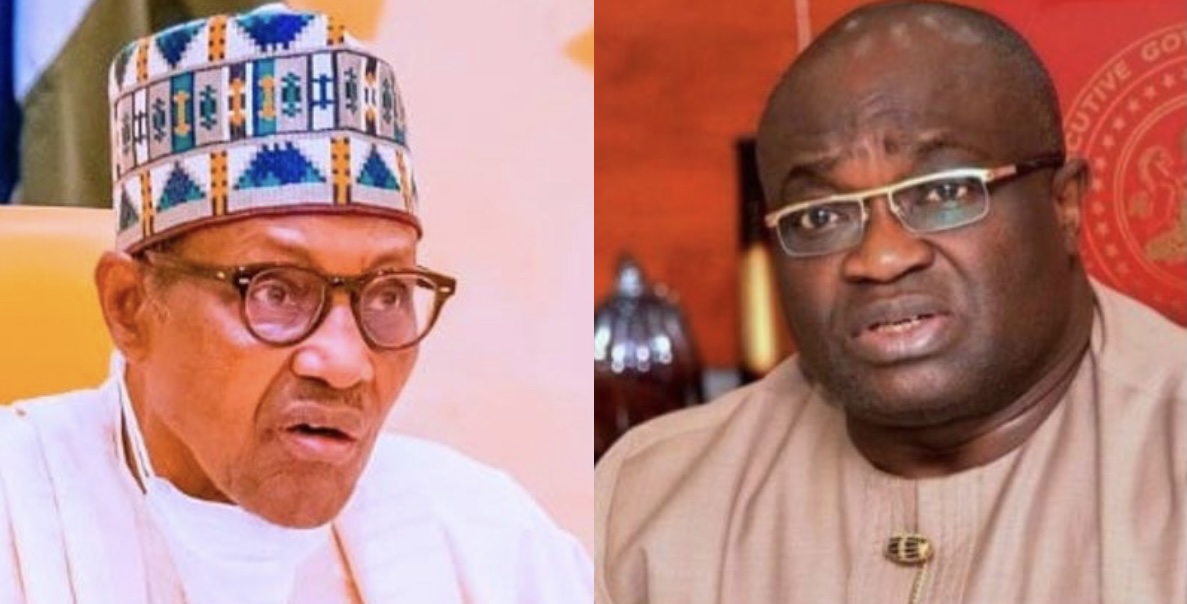 Abia State Governor Okezie Ikpeazu has accused the Muhammadu Buhari regime of deliberately frustrating efforts to improve the state’s economy by refusing efforts to execute federal projects in the state.

The governor, who lamented that his administration had completed many federal government projects since assuming office in 2015, alleged that there was a deliberate conspiracy against Abia State by forces in the federal government.

He explained that his administration took over federal projects in the state to improve the welfare of Abia indigenes and make business activities easy.

“… we have intervened on many federal roads in Abia since 2015 to make business activities easy and also to improve the lot of our people. But sadly, enough we have not been receiving the needed encouragement from the government at center like most other states. I have not received any refund from the federal government for jobs done on federal roads since the life of my administration,” AF news quoted Mr Ikpeazu to have said.

He said the refusal of Mr Buhari’s regime to take on federal projects in the state had resulted in a serious impediment for citizens and the state’s economy.

“You see in the case of Ekeakpara Road in Aba, it is a fact that we had fully mobilised contractors to the road, when suddenly some forces stepped in to stop work claiming that being a federal, the federal government was going to rehabilitate it. That is why that road is still in such a bad state. They have not done that road and they have refused to allow us to do it,” Mr Ikpeazu added.

The governor however vowed to deliver the Ossisioma Flyover alongside other projects before the end of his tenure in 2023.