Delivery of the first batch of six of the A-29 Super Tucano jets was taken on July 22. 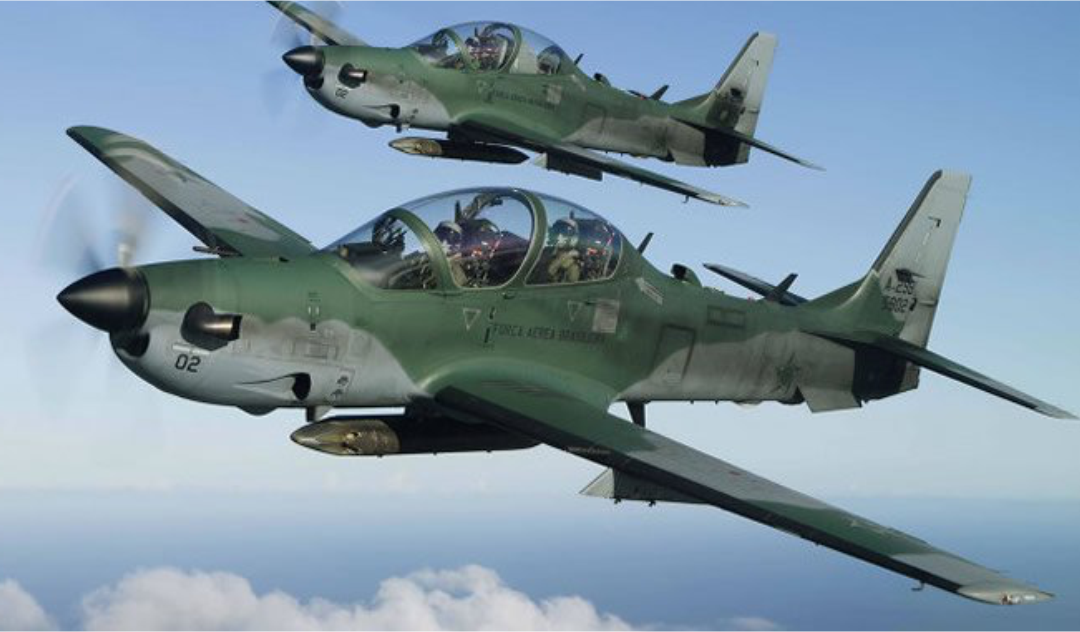 The Muhammadu Buhari regime says it has taken delivery of the final batch of the 12 A-29 Super Tucano fighter jets expected from the United States.

“All the 12 Super Tucano fighter jets have been received. As at this morning, all the 12 were here and they have been deployed to the North-East,” Minister of Information and Culture, Lai Mohammed, disclosed this Monday on TV Continental’s “This Morning”.

“We can see that the Tucano jets are actually game changers. Most of the successes we have recorded in recent times is because of the acquisition of the new platforms, not limited to the super Tucano,” Mr Mohammed said.

Mohammed said with the improved security situation in the North-East and North-Central Zones the nation would experience improved food security.

“If you observe what is happening of recent, you can see heightened activities in the agricultural area.

“This is because of the superior fire power of the military which is now making it possible for people to go to their farms, especially in the North East. They have been able to put the criminals at bay,” he said.

The minister said the success of the military against terrorists and bandits would be sustained, soliciting for Nigerians support for the military.

The Nigerian Air Force on July 22 took delivery of the first batch of six of the A-29 Super Tucano aircraft from the United States.