Buhari regime will prosecute some Twitter users to instil fear in other violators: Malami 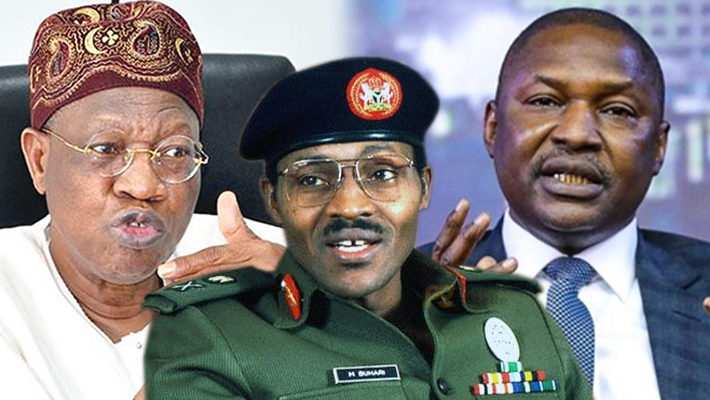 A composite of Lai Mohammed, Muhammadu Buhari and Abubakar Malami used to illustrate this story

Barely 24 hours after the ban, Mr Malami sought to enforce the ban by threatening to arrest and prosecute anyone who tweets in Nigeria.

To circumvent the ban, which came without recourse to any existing law, Nigerians have been downloading VPNs and other browsers with built-in protocols that obscure their location.

“The essence of the law is to achieve stability in the country” and prosecution “will serve as a deterrence to others,” Mr Malami told the Committee to Protect Journalists via a messaging app on Tuesday.

Mr Buhari, despite the continued condemnation of his decision by the country’s major opposition party, the PDP, human rights activists, legal practitioners, and the international community, has remained adamant.

Justice minister Malmai said even though Nigeria upheld rights to free speech, such freedom “has never been absolute, unqualified and unrestrained.”

Meanwhile, Mr Malami was caught using a virtual private network (VPN) to bypass the regime’s access restriction to log into the microblogging site on Tuesday.