But the reprisal over the story was not limited to Mr. Yahaya’s dismissal. Since January 26, Peoples Gazette’s website has been rendered inaccessible. 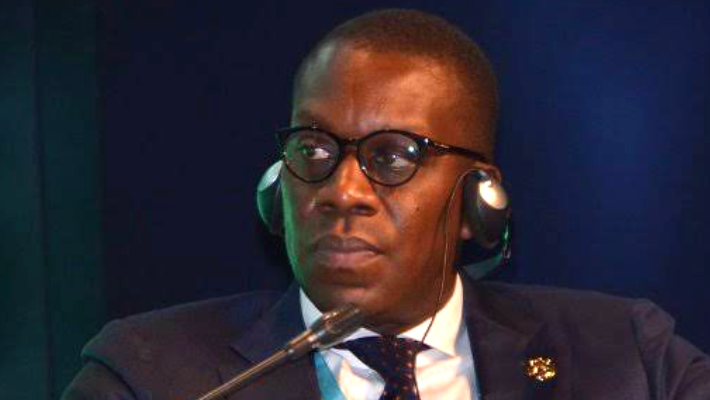 Lai Yahaya was dismissed after efforts to pressure him into lying against himself as the central source of our story on Bolaji Gambari failed, according to two Aso Rock officials familiar with the matter. He has since left Nigeria for Europe amidst fears of further retribution, sources said.

Mr. Yahaya, a lawyer and sustainable energy consultant, was the adviser to the Nigerian presidency on electric power initiatives. He previously worked at the State House until 2017 under late chief of staff Abba Kyari, following which he served as an adviser to Raila Odinga at the African Union.

Shortly after he was appointed as the chief of staff by Mr. Buhari in May 2020, Ibrahim Gambari recalled Mr. Yahaya to the State House as the top adviser on power infrastructure, serving only a few months on the job before being sacked on false allegations.

“They said he leaked a story to your newspaper and they cannot work with him in confidence,” a presidency official told the Gazette. “They tried over and again to get him to confess, saying that some details that were revealed in the story could only have been divulged by him.”

Presidential spokespersons declined comments about the controversial sacking of Mr. Yahaya, who could not be reached for comments Thursday morning. Mr. Yahaya, a graduate of Oxford University’s Balliol College, was not our source for the story.

Following Mr. Yahaya’s exit, some overzealous officials in the presidency suggested that there should be a way to descend on the Gazette as well for running the story, another source said.

“They want to send a clear signal that there would be consequences for publishing internal matters in and around the presidency,” an official said.

At issue was an October 2020 story that cast a spotlight on Bolaji Gambari as the new head of a budding cabal of administration associates inside the Presidential Villa. Our report also detailed the exit of Farouk Gumel, another Aso Rock policy adviser and an influential part of the cabal that held sway under Mr. Kyari.

The Gazette came under severe security pressure shortly after the story was published, as well as financial offers for the story to be pulled down. But the harassments were rebuffed since the Gazette does not entertain discussion about deleting an already published story.

At no time did the president’s chief of staff and other administration officials who called in to express displeasure about our report indicate any interest in rebutting any elements of it.

But Mr. Gambari, a retired diplomat with steep imprints at the United Nations, felt that our report exposed him as being too fragile and lacking the necessary rigour to function as the chief of staff, a role that is central to administrative exertions and policy making in the Nigerian presidential system.

“The chief of staff felt the story exposed him as lazy and his son as a political jobber,” an official said under anonymity to avoid being victimised. “He feels that he has a serious name to protect and the report appeared to drive a check on his reputation, especially before the diplomatic and international community.”

But the reprisal over the story was not limited to Mr. Yahaya’s dismissal. Since January 26, Peoples Gazette’s website has been rendered inaccessible to a majority of Internet users in Nigeria, after mobile network providers implemented a Nigerian government directive to block its web address.

Only Nigerians with technical knowledge of how to deploy Virtual Private Networks (VPNs) can successfully open the website. The telecom firms that implemented the illegal restrictions were MTN, Airtel, 9mobile and Glo Mobile. They have all declined to speak on the record on the reason for implementing the government’s orders in violation of Section 39 of the Nigerian Constitution.

Rights groups including Gatefield and Reporters Without Borders have condemned the restrictions, as well as opposition leader Atiku Abubakar, who termed it as a stark throwback to the dark days of military fascism in Nigeria.