He was suspended on May 18 by finance minister Zainab Ahmed, who cited the raging EFCC probe of the accountant-general over charges he stole and laundered more than N80 billion. 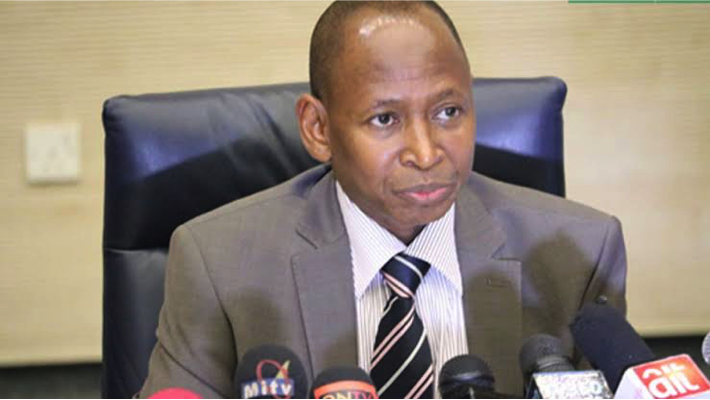 President Muhammadu Buhari has suspended Ahmed Idris, the nation’s treasurer, from office, according to a letter of suspension seen by Peoples Gazette.

Mr Ahmed was suspended on May 18 by finance minister Zainab Ahmed, who cited the raging EFCC probe of the accountant-general over charges he stole and laundered more than N80 billion.

The indefinite suspension will commence immediately, Ms Ahmed said in the letter, warning Mr Ahmed not to visit the office or relate with treasury officials in the course of his suspension.

Mr Ahmed, not related to the finance minister, was arrested in Kano on Monday by anti-graft operatives and transferred to Abuja where he is expected to answer charges.

He is the most-senior serving official under Mr Buhari to be held on graft charges, a development that comes weeks after a U.S. government report said the anti-graft office was too timid to go after senior administration officials, focusing instead on unknown and low-level crooks in and out of government.

The EFCC has yet to file charges against Mr Ahmed or release him on administrative bail.