The farm estate in Daura is the first to be built in the country by NALDA. 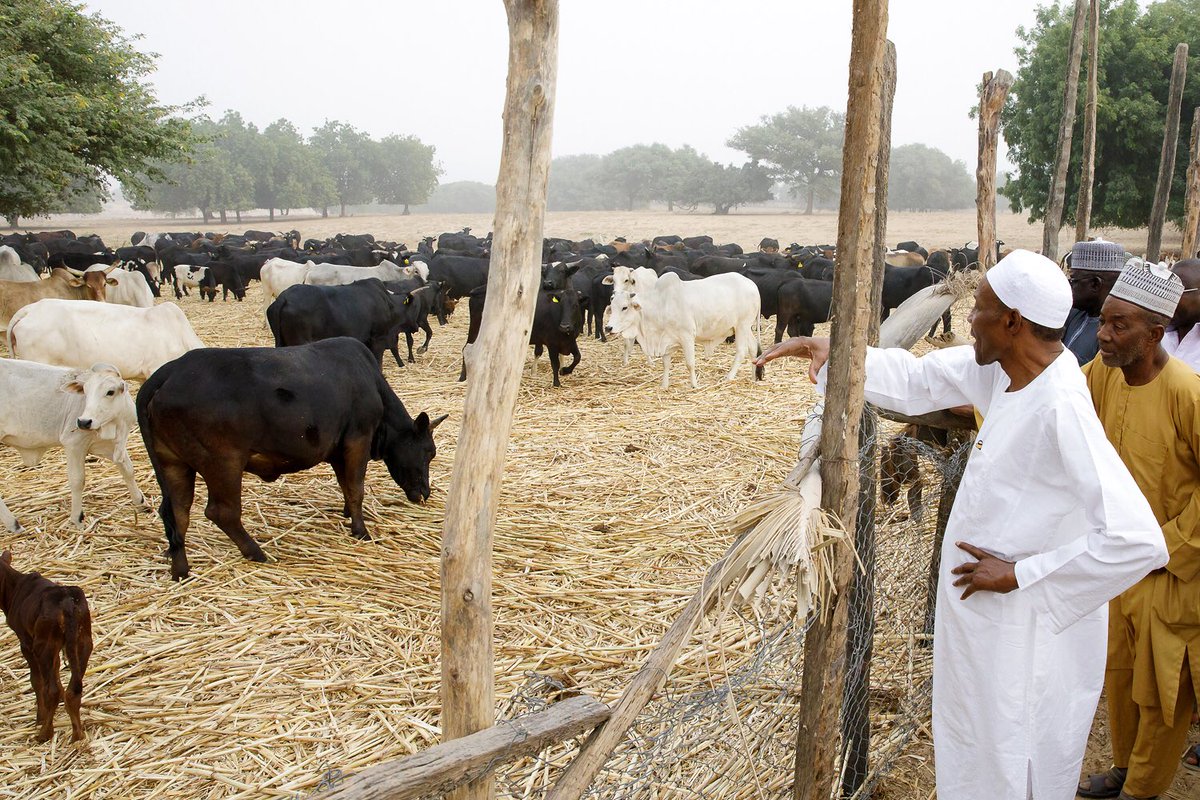 Buhari in his farm used to illustrate the story [Photo credit: Twitter]

The farm estate in Daura is the first to be built in the country by NALDA.

The executive secretary however says the federal government will rehabilitate farm estates in 109 senatorial districts in 21 states of the federation.

Mr Ikonne stated this on Wednesday in Abuja, saying the Daura project was completed in six months.

He added that the farm estates would guarantee food security and job creation at the grassroots level in Nigeria.

Mr Ikonne recalled that on June 1, 2020, Mr Buhari resuscitated NALDA and domiciled it under his supervision as contained in the Act that established the Authority.

He said the agency was saddled with the mandate of “harnessing the full potentials of the vast arable lands in Nigeria, empowering smallholder and large scale farmers through mechanisation.

“It is also to support the drive for food and fibre security while assisting in diversifying the nation’s economy, improving household incomes and enhancing revenue mobilisation and generation nationwide,” Mr Ikonne said.

He said the farm estate programme was under the National Young Farmers Scheme (NYFS), adding that each integrated farm was expected to engage at least 1,500 young farmers.

He said that the project had already begun in Ogun, Anambra, Ekiti and Ebonyi states while in Borno and Katsina states the project was completed and ready to be commissioned.

“After Mr President’s directive on recovery of NALDA abandoned farm estates across the country, we embarked on this vigorously and as of today, we have identified and recovered NALDA farm estates in some states.

“NALDA is in partnership with some state governments to reactivate abandoned state-owned farm estates.