At the conferment ceremony in Saki on Saturday, Mr Buratai enjoined Nigerians to continue to live in peace and unity for mutual coexistence. 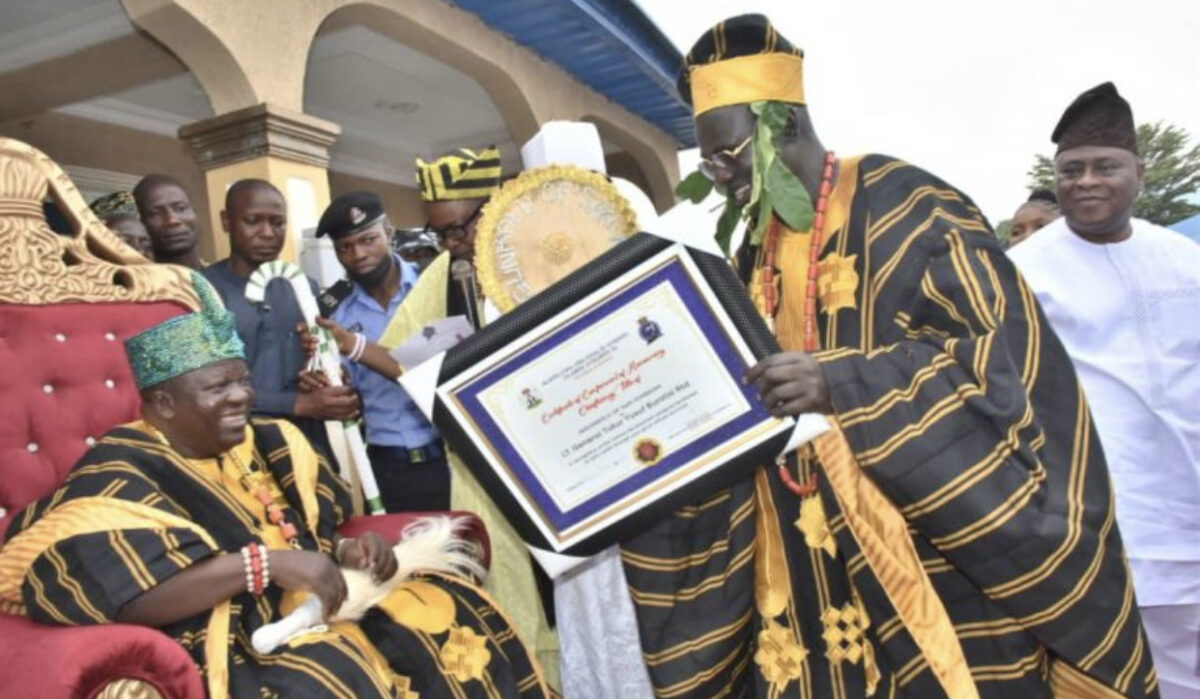 The Nigeria Ambassador to the Benin Republic, Tukur Buratai, has been conferred with a top traditional title, the Jagunmolu (victorious warrior) of Sakiland, an historic Yoruba town, some 176km north-east of Ibadan, the Oyo State capital.

At the conferment ceremony in Saki on Saturday, Mr Buratai enjoined Nigerians to continue to live in peace and unity for mutual coexistence and development of Nigeria.

The former Chief of Army Staff (COAS), said the conferment of the traditional title on him in Saki was a sign of unity in Nigeria, adding that such must be emulated by all Nigerians, irrespective of religion or tribe.

“If there is unity, there will be unity of purpose for the development and progress of the country, and the future of the country will be promising.

“We must accommodate everyone from all works of lives,” he said.

A former chief of army policy and plans, Lt.-Gen. Lamidi Adeosun was also conferred with the honorary title of Akinrogun of Sakiland at the ceremony.

Mr Buratai appreciated the Okere of Sakiland and the entire people of the community for honouring him based on what he has done for the country while in the service.

“I see it as a great honour to me as a person, my family, community, which is Borno State and the Nigerian Army, where I served and retired.”

He called on Nigerians to continue to support the Nigerian Army in performing its constitutional role.

The Okere of Sakiland, Oba Khalid Oyedepo, said the titles were conferred on Messrs Buratai and Adeosun for their immense contributions to Sakiland and Nigeria in general.