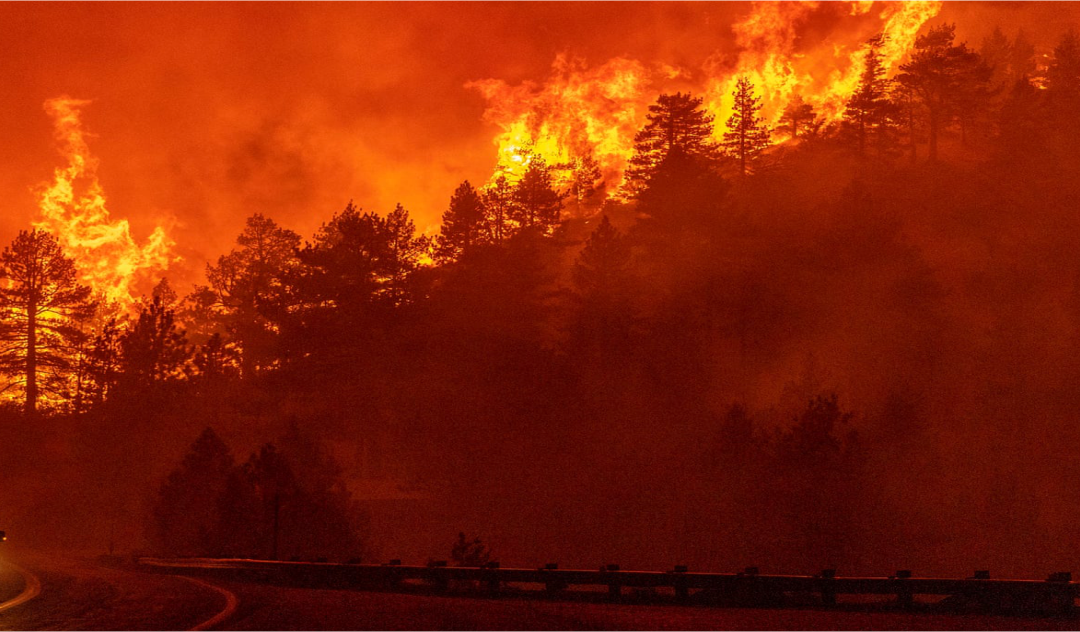 “Wildfires in northern and central California are producing heavy smoke that is being transported into the South Coast Air Basin and the Coachella Valley,’’ the agency said.

It noted that effects would be strongest in mountain areas, the Inland Empire, and the Coachella Valley.

For weeks, the fires had caused hazardous air quality and miserable conditions for thousands of nearby residents.
Now, winds were blowing the smoke southward.

Residents could expect hazy skies Wednesday, with the potential for air quality to reach unhealthy or hazardous levels in vast areas spanning from Los Angeles and the San Gabriel Valley to Santa Clarita, Riverside, and San Bernardino.

Air quality was measured on a scale ranging from 0 to 500, with readings over 100 considered unhealthy. Residents can check AQI levels in their area at AirNow.gov or similar sites.

Recent studies have found that wildfire smoke can contain bacteria, lead, and other toxic substances and may increase the risk of catching COVID-19.

To keep indoor air clean, officials recommend closing all windows and doors and running an air purifier. People with air conditioners can set them to the “recirculation’’ setting to avoid pulling in outside air.

“Even in areas far from fires or areas not covered by a smoke advisory, if you can smell smoke or see ash from a wildfire, avoid or limit outdoor activities,’’ officials said.

The state’s raging fires, including the 126,000-acre Caldor fire near Sacramento and the 735,000-acre, multi-county Dixie fire, have blanketed much of that region in thick, black smoke.

Smoke from California’s fires this year made it as far as the East Coast.