Calm in Libya after 16 persons killed in militia clashes

Libya has been in turmoil since the overthrow of dictator Moamer Gaddafi in 2011, with two governments currently vying for power in the country. 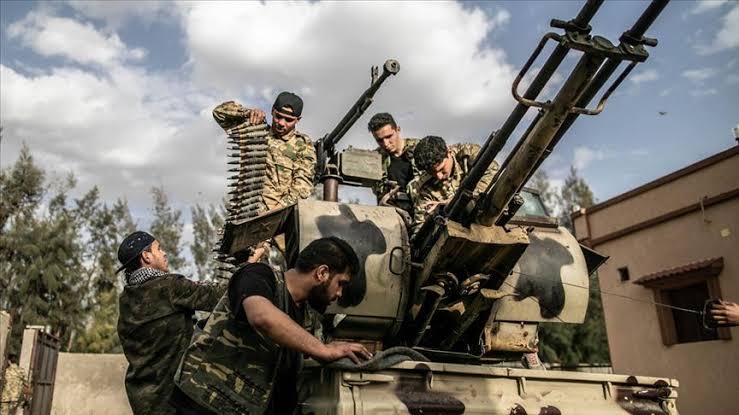 Sixteen people, including civilians, were killed in clashes among rival armed groups in the Libyan capital Tripoli, health officials said Saturday, amid fears of growing unrest in the country roiled by years-long strife.

The violence erupted Thursday night in Tripoli’s suburb of Ain Zara and extended to other parts of the city.

UN Special Adviser Stephanie Williams said she was “outraged” about the violence and called for civilians’ protection.

“The indiscriminate use of weapons in a heavily populated, urban area without safeguarding civilians is a grave violation of international humanitarian law and a sanctionable offence. This fighting must stop!” she added on Twitter.

Flights resumed at the Mitiga airport in Tripoli after a brief halt due to the clashes.

The fighting is believed to be the heaviest since a nationwide ceasefire in oil-rich Libya was reached in October 2020.

Libya has been in turmoil since the overthrow of dictator Moamer Gaddafi in 2011.

Two governments are currently vying for power in the country, with Prime Minister Abdul Hamid Dbeibeh seated in the capital Tripoli.

The government of former interior minister Fathi Bashagha claims power for itself, having been appointed by the parliament based in the country’s east.

Libyan media said that in Libya’s coastal city of Misrata, brief fighting broke out between two militias linked to the rival governments.

The Joint Operations Force, aligned with the Tripoli government, said in a statement the fighting erupted after its patrols were attacked by an “outlawed” group, resulting in unspecified casualties.