Kai Havertz scored just five minutes after the blast of the whistle, giving the Blues a lead at the Bridge. 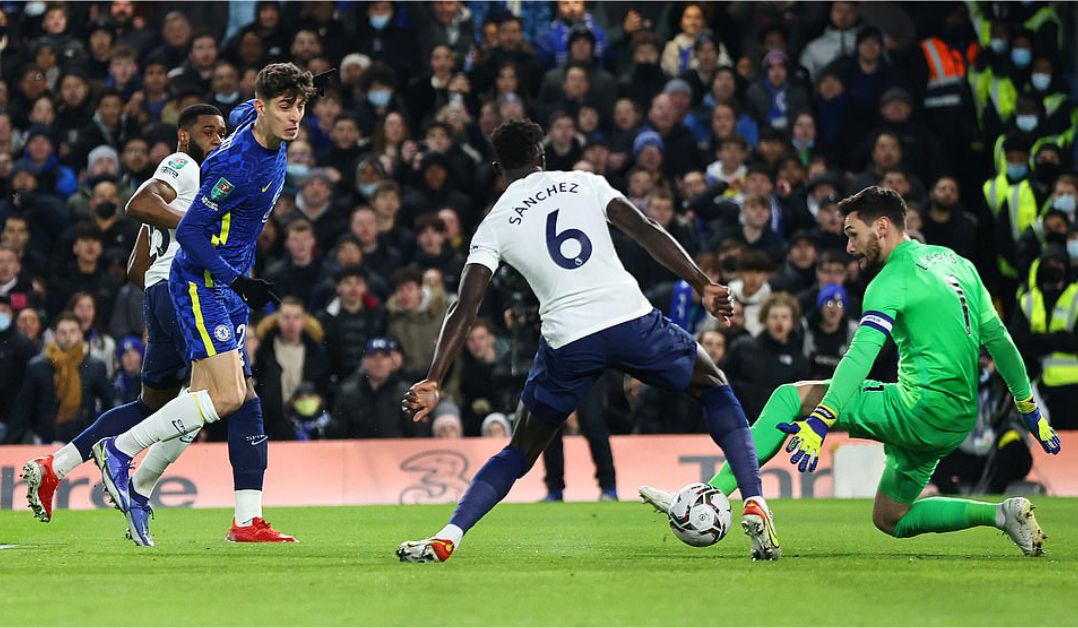 Chelsea in the first leg of Carabao Cup semi-final thrashed Tottenham Hotspur 2-0 on Wednesday night at the Stamford Bridge.

Antonio Conte, former Chelsea coach, was welcomed with his new team to the Bridge with a defeat as the Blues made progress to booking their place in the final.

Kai Havertz scored just five minutes after the blast of the whistle, giving the Blues a lead at the Bridge.

An own goal by Benjamin Davies under intense pressure in the 34th minute doubled Chelsea’s lead, leaving Tottenham Hotspur struggling.

Timo Werner could have made it three for the Blues but failed in his attempt to lob a one on one chance over Hugo Lloris.

Chelsea will be visiting Tottenham next week for a second leg with a two goal lead, while Tottenham will be looking forward to a come back to qualify for the final.

Speaking after the defeat at the Bridge, Conte admitted “It was a difficult game. From the start Chelsea showed to be much better than us.

“The first half we struggled a lot, but we know we are talking about one of the best teams in the world, and if you compare it to our team, there is no comparison.”