Catholic Church has slammed President Muhammadu Buhari’s regime and the National Assembly over an attempt to gag the press. 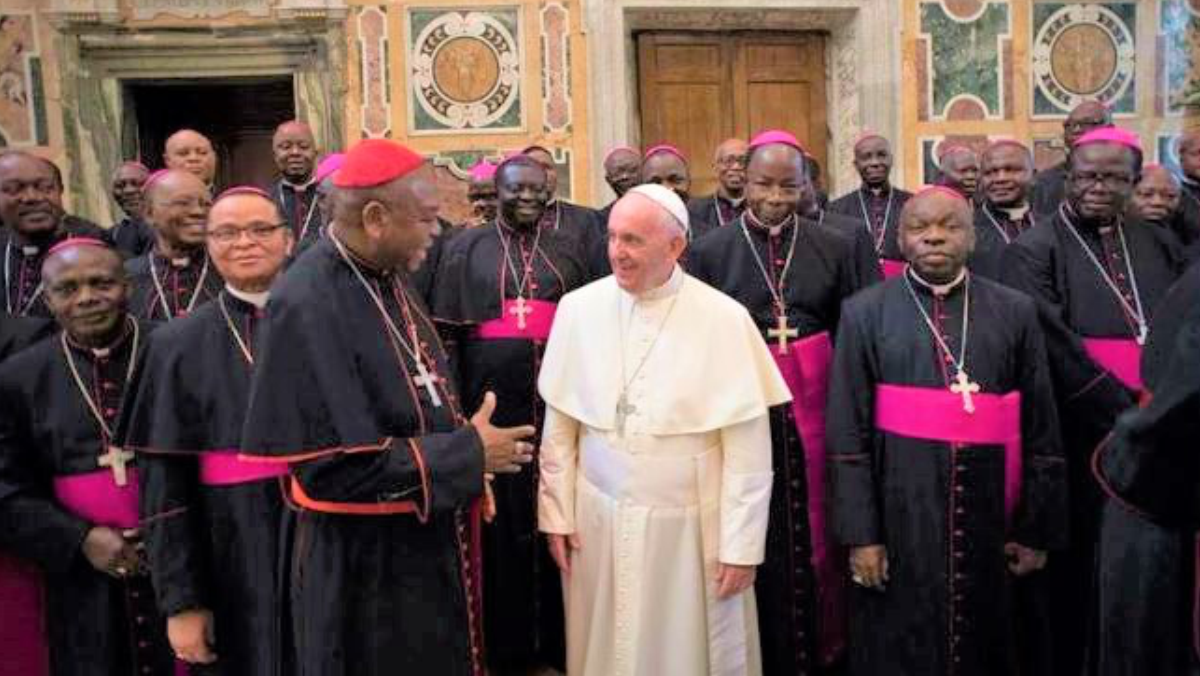 The Catholic Church has slammed President Muhammadu Buhari’s regime for condemning Matthew Kukah’s negative comments about Nigeria before the U.S. Congress and the National Assembly over an attempt to gag the press.

On Wednesday, the Catholic Bishops of Ibadan Ecclesiastical Province warned the government and federal legislators against undermining the country’s democracy.

The church expressed its displeasure at the recent bill to regulate the media by the federal parliament, saying, “only the truth can set the country free.”

It stated, “We declare again, as we have done often in the past, that only the truth can set us free.

“The attempt of the Nigerian National Assembly to silence the press and penalise journalists for merely doing their job is to be completely rejected.

“We hold that the freedom of expression is a fundamental human right, guaranteed by the constitution, and cannot be alienated by any government least of all in a democracy.

“For the sake of our democracy, that right exercised with responsibility must be protected.”

Commenting on the Kukah crisis, the Catholic bishops said, “We support Bishop Kukah (Matthew) in his effort to unveil the truth about the Nigerian situation in order to ameliorate things.

“We call on the Nigerian government to learn not to see criticism as an attack or a crime.”

The church also called for the strengthening of the nation’s electoral processes to move the country forward.

The church, which comprises Ibadan Archdiocese, Ilorin, Ondo, Oyo, Ekiti, and Osogbo dioceses, made the call in a communique issued in Ado-Ekiti, jointly signed by its chairman, ‘Leke Abegunrin and secretary, John Oyejola.

The communique was issued after a meeting held at the Domus Pacis Pastoral Institute, Igoba, Akure, from July 19 to July 20.

The communique said the ongoing electoral reforms by Mr Buhari’s regime provided another opportunity for reviving the hopes of the people and confidence in the nation’s democracy.

According to the church, the high level of despondency in Nigeria may make people lose hope and zeal for democracy which it said was not a good solution toward sustaining the nation’s democratic system.

“An important part of electoral reform, which is often ignored, is the education of the people who participate in building democracy,” said the Catholic bishops. “Only participation in the political process and adherence to the rule of law offer an enduring means of authentic change, but people must be helped to understand this fact.”