Mrs Adeosun however failed to touch on the forged certificate while she released a statement saying she has been vindicated by Wednesday’s court ruling. 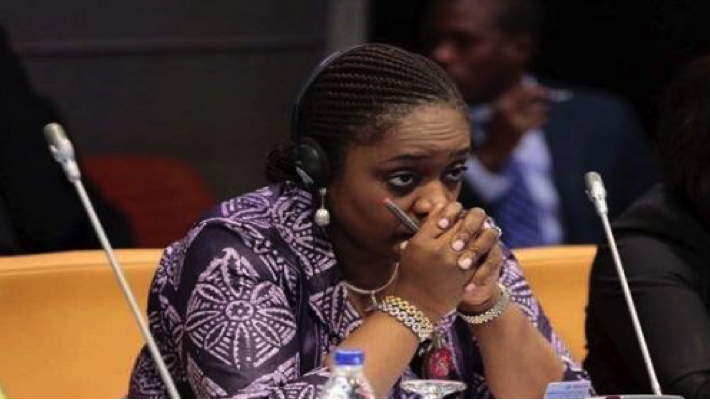 A photo of Kemi Adeosun used to illustrate the story[Photo credit:Sahara Reporters]

Former finance minister Kemi Adeosun, who was forced out of office for forging National Youth Corp Service (NYSC) certificate, has threatened to take legal actions to protect her damaged reputation.

Mrs Adeosun’s legals threat comes after Abuja Division of the Federal High Court on Wednesday ruled that she does not need the NYSC certificate to hold a political office.

Justice Taiwo Taiwo, in his ruling on the originating summons with suit number FHC/ABJ/CS/303/21 brought by Wole Olanipekun, on Mrs Adeosun’s behalf, held that the NYSC certificate based on the Constitution was not a mandatory requirement to hold a political office in the country.

In July 2018, Premium Times had in a series of exposé revealed how Mrs Adeosun, a Nigerian raised abroad, secured a top political appointment in the government of President Muhammadu Buhari with a forged NYSC exemption certificate.

Following  months of public criticism, Mrs Adosun resigned her appointment, claiming ignorance that her NYSC exemption certificate was forged while blaming the agent she engaged to  procure the fake certificate.

Forgery is a criminal offence in the Nigerian Constitution and Wednesday’s judgement was silent on forged certificate presented by Mrs Adeosun to secure her job as a minister.

Mrs Adeosun however failed to touch on the forged certificate while she released a statement saying she has been vindicated by Wednesday’s court ruling, adding that she would have necessary legal steps to protect her reputation.

“The ruling vindicates me after a very traumatic spell. It is, however, not only a personal victory; it’s also a victory for many Nigerians in the Diaspora under similar conditions who are desirous to serve their country,” Mrs Adeosun submitted.

“I wish to add in light of the court’s ruling, I will at the appropriate time and without hesitation, take all further steps necessary within the law to protect my reputation,” she added.

It is unclear whether Mr Buhari regime will press charges against Mrs Adeosun for presenting a fake certificate to secure appointment.