While Andy Uba’s elder brother, Ugochukwu, was busy finagling his way to the Senate by buying judges, his younger brother, Chris, was procuring a rigged outcome in 2003 elections. 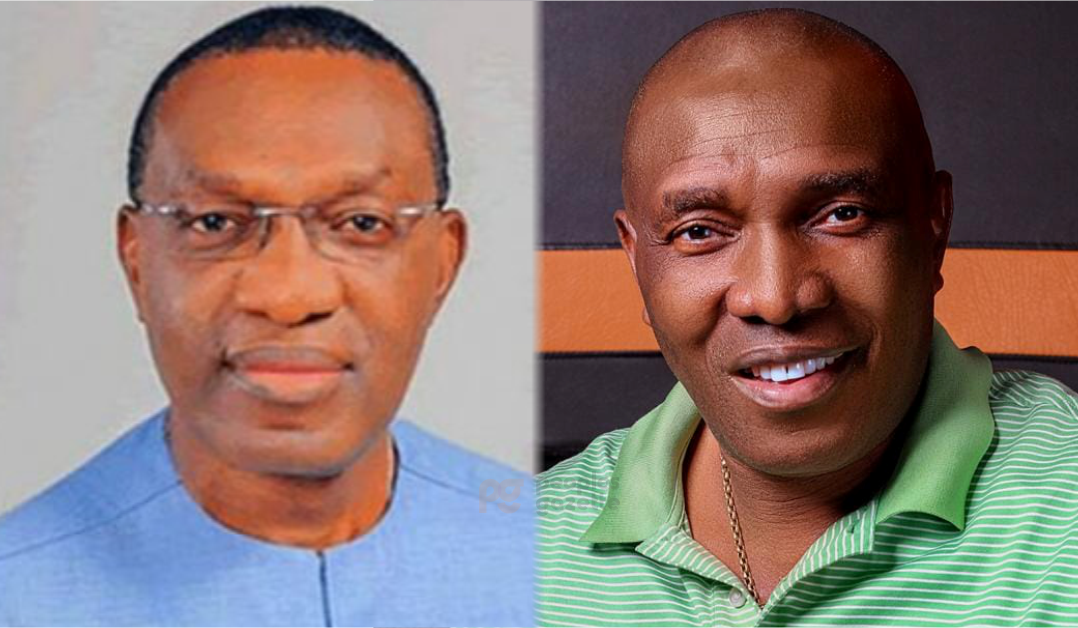 This election is a defining battle for the future of (south-east) Nigeria. If Anambra produces a governor who, like the one in neighbouring Imo State, is manifestly without legitimacy, there will be no end to the crisis in that part of Nigeria. To understand why this is so, it is essential to recap the story of how Anambra’s governorship elections went off-cycle because it presents a resilient cast of characters that represent a dominant strain of criminal impunity in electoral politics in Nigeria.

When Nigeria returned to civil rule in 1999, Anambra voted with the rest of the country. Indeed, one of its sons, Dr Alex Ekwueme, ran Olusegun Obasanjo close for the presidential ticket of the then-dominant party, the Peoples’ Democratic Party (PDP). Obasanjo edged the ticket and, having won the presidential ballot, was sworn in on 29 May 1999 as only Nigeria’s second elected president.

As president, Obasanjo proved almost partial to Anambra State. His Chief Economic Adviser was Chukwuma Soludo, a much-garlanded professor of economics, who came from Anambra State. In 2004, Obasanjo elevated Soludo to become the Governor of Nigeria’s Central Bank. At 44, he was the youngest ever to hold that position.

Inside the presidency, Obasanjo appointed as his Special Assistant for Domestic Matters another man from Anambra State, who was known as Andy Uba. Not much was known about Andy’s background or provenance. Even his true identity was a bit of mystery and he was also known as Emmanuel Nnamdi Uba.

Obasanjo would later write in his presidential memoirs that he first met Andy in California without disclosing in what circumstances. The role of “Special Assistant on Domestic Matters” was a fittingly opaque nomenclature for presidential odd jobs in which Andy proved adept.

The Uba family of Uga in Aguata Local Government Area of Anambra South, from which Andy comes, hunted in packs. He was one of three brothers whose vocation in politics and public life has been largely criminal. The eldest of them is Ugochukwu Uba. In 2004, he was found to have bribed two Justices of the Court of Appeal, Okwuchukwu Opene and David Adeniji, with vast sums of money and some real estate in Abuja in order to procure a favourable judgment returning him as Senator for Anambra South in the 2003 elections. Following an investigation, the National Judicial Council (NJC) recommended the sacking of both Justices and President Obasanjo obliged, relieving them of their judicial roles in 2005. In 2011, the Court of Appeal dismissed the appeals against their sacking, validating the findings of bribery by Ugochukwu Uba, who escaped with impunity.

While Andy’s elder brother, Ugochukwu Uba, was busy finagling his way to the Senate by buying judges, his younger brother, Chris Uba, was active first in procuring a rigged outcome in the 2003 elections for the office of Governor of Anambra State and then in making the state ungovernable.

At the conclusion of the exercise on 19 April, 2003, the Independent National Electoral Commission, (INEC), announced Dr. Chris Ngige of the PDP as the winner, with a reputed turnout of 47.22%. Nearly three years later, on 15 March 2006, the Court of Appeal turfed out Dr Ngige, returning Peter Obi of the All Progressives Grand Alliance (APGA) as the duly elected governor.

While this tumult over the governorship of Anambra State wore on, Chris Uba, Andy’s younger brother, masterminded the kidnap of the sitting governor, Chris Ngige, and the presidency in which his brother worked condoned and excused it and granted him impunity. A disenchanted Dr Ngige later left the PDP and pitched his tent with the opposition. By 2015, his party, the All Progressives Congress, APC, won the presidency and Dr Ngige was appointed Minister for Labour and Productivity in the federal cabinet, becoming the senior-most member of the APC in Anambra State.

Ahead of the 2017 governorship election in Anambra in 2017, Andy Uba decamped from the PDP to join Senator Ngige in the APC in order to actualise his ambition to run for the governorship of Anambra on the platform of the APC. In the party primaries in that year, Andy was roundly defeated by Tony Nwoye, his former State Chairman in the PDP, who polled 2,146 votes to Andy’s 931 votes, out of 5,430 votes available.

That was not the first time Andy had sought to govern Anambra. 10 years earlier, in 2007, Andy was part of a conspiracy with Maurice Iwu, then Chairman of INEC, to remove Peter Obi, then only in his second year as governor. In one of the more spectacular acts of electoral fraud in recent Nigerian history, Iwu contrived to organise an election for an office that was not vacant, disqualify Obi from running and award more votes to Andy than there were voters. When this became evident, Iwu reduced the turnout to 95%, awarded Andy 80% of that and still declared him governor.

He was “governor” of Anambra State for three weeks, during which many of the state’s assets changed hands and became his. The Supreme Court in a separate judgment voided the conspiracy of Andy and Maurice Iwu, holding that Peter Obi’s four-year tenure as governor expired in March 2010. This was how the Anambra governorship election went off-cycle

This year, the APC claims that Andy “won” the party primaries for governorship with 230,201 out of 348,490 votes. The INEC, which has a statutory duty to monitor and certify the conduct of party primaries in the states, reported that no primaries took place in the APC. Dr. Chris Ngige, leader of the party in the State, affirmed as much independently.

By comparison, Willie Obiano, who won the governorship elections in Anambra State in 2017, polled 234,071 votes. Somehow, Andy managed to poll more votes in the non-existent APC primaries than there are registered members in all the political parties in Anambra State put together.

In this 2021 cycle, Andy’s elder brother, Ugochukwu Uba, initially ran for the ticket of the PDP with the support of his younger brother, Chris Uba, but they were defeated by Valentine Ozigbo, who emerged as the candidate. Suspicions that Chris Uba’s initial opposition to Andy’s governorship ambitions have melted under generous brotherly attentions have not been credibly denied.

What is clear, however, is that this Anambra election is like none that has preceded it. In the choice between his two former aides from Anambra, President Obasanjo appears to have taken the low road, reported by multiple sources to be working the phones prolifically from different destinations around the world in support of his former odd-jobs man.

Instead of electoral campaigns, we have had campaigns of mass murder. Allegations of opposition to the election by the Indigenous Peoples of Biafra, IPOB, have sounded manufactured for partisan ends. Mass killings have succeeded in creating a siege around the contest as if that was intended for partisan electoral advantage.

The Nigeria Police Force has announced that it is deploying 34,587 officers, nearly 15% of active-duty officers, for the ballot in the state that constitutes a mere 0.51% of Nigeria’s landmass. The Nigeria Security and Civil Defence Corps (NSCDC), will deploy another 20,000 personnel.

This does not include officers and men of the armed forces and the State Security Service (SSS) who will also be on duty. The state has become a garrison. What is surprising is how the government that managed to find these assets for the election could not find them to deploy much earlier to ensure the safety of electoral campaigns or for the communities and people of the state ahead of the elections. The appearance of official complicity in the electoral violence in Anambra is unmistakable.

In the absence of debate, the contest in this election is gravity neutral. With no campaigns, consciousness about the contest is low. The attendant campaign of mass murder and regimental suffocation of the environment guarantees that the people will have little incentive to show up at the polls on the day.

The insecurity has already frightened off thousands of would-be election workers, with significant shortfalls reported on the 26,000 needed to run the 5,760 polling units. Up to 76,104 voters recently registered voters in the state have also not received their permanent voters’ cards and could be disenfranchised.

If the intention is to create an atmosphere conducive to writing up a pre-determined outcome, the context could hardly be more favourable. Nevertheless, Anambra State has proved to be the cemetery more than once before to a succession of carpet-baggers, political parvenus and ostentatious bandits in search of safe harbour. No one should be surprised if history repeats itself, even if this time as farce.