INEC officials who enabled a massive rigging of voters’ register will happily enable worse in an election. 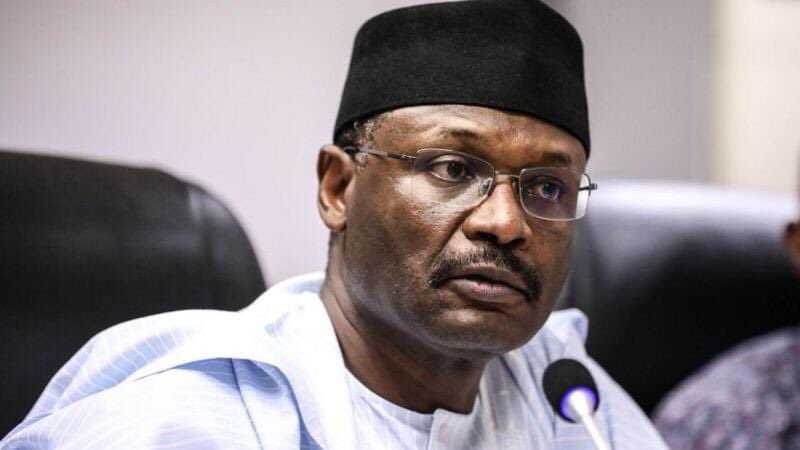 “Indeed, it can be claimed with a large measure of truth, that rigging of elections has become part of our political culture.” Report of the Judicial Commission of Inquiry into the Affairs of the Federal Electoral Commission (FEDECO), 1979-1983, Main Report, Paragraph 10:10 (1986)

The electoral landslide of President Shehu Shagari’s National Party of Nigeria (NPN) in 1983 unfolded in instalments over different sites of improbable magic across Nigeria. This did not occur in one day. It involved the manipulation of the entire value chain of election administration over the cycle of four years from 1979 to 1983. It was both willful and methodical.

After squeaking through a very tight field in 1979 with a mere 36% of the votes and not a small helping hand from the judicial arithmetic of the Supreme Court, the NPN in power set about ensuring that they were not left in 1983 to the mercy of any judges.

For the party, this meant they had to find a way to wrestle some significant territory off of the hands of Obafemi Awolowo and the UPN in south-west Nigeria. If they did not have living voters, then they had to invent voters by some means.

In places like Oranmiyan North 1 Constituency then in Oyo State but now in Osun, they found just the perfect site for this project. This was the state where Awolowo left arguably the greatest physical monument to his political vision in what was then known as University of Ife (now Obafemi Awolowo University).

According to the 1986 Report of the Judicial Commission of Inquiry into the Affairs of the Federal Electoral Commission (FEDECO), 1979-1983, chaired by former Supreme Court Justice, Bolarinwa Babalakin (himself also from Osun State), the reason for this was “Mr. Stephen Ajibade, FEDECO Administrative Secretary.” Mr. Ajibade contrived to impregnate the register with the names of ghosts none of whom came from the constituency, most of whom probably did not exist, but most of whom were recorded as having “voted” in the constituency during the 1983 elections. These ghosts contributed to unseating the UPN and handing the rich harvest of votes in Oyo State to the NPN.

The morale of this tale is not merely, as the Babalakin Commission report said, that election rigging is part of Nigeria’s political culture. It is also that the Independent National Electoral Commission (INEC) as the current successor to FEDECO is now called, enables that culture. As the 2023 elections approach, senior officials of the INEC who appear to have graduated from the Stephen Ajibade school of electoral administration, have dusted up their routines.

Let’s take voter registration in Omuma Ward in Oru East Local Government Area (LGA) of Imo State in south-east Nigeria for example. This happens to be the home of Hope Uzodinma, the man whom the Supreme Court of Nigeria installed as the winner in January 2020 of the March 2019 ballot in which he came fourth. In 2015, this ward had a mere 6,500 voters. Since 2019, it has become the epicentre of ongoing violence in the state, leading to an untold exodus of people from the locality.

Yet, over this period, the number of registered voters in the constituency rose with the alacrity of Ijebu Garri to over 46,000, a factor of over 700% or an average annual rate increase of more than 100%. Under any circumstance, this kind of trend would task credulity to breaking point. For INEC, it’s par for the course.

The details of some of the new additions to the register of voters in Omuma Ward of Oru East bear telling.

Among the newly registered voters added since Hope Uzodinma was installed as Governor of Imo State is Adesanya Nash, who was born 122 years ago in 1900. He registered at the Central School, Omuma II.

Mr. Nash is only two years older than two persons, both identified as “Chimzuruoke Daves O” and supposedly male but with female passport pictures. Both were registered in Umuhu Primary School, II. One is fair complexioned while the other one of much darker hue. Whether or not they are extra-terrestrial transvestites is not clear. What is clear is that the records say that they are 120 years old, having been born in 1902.

This register is an incredible peek into the healing capabilities of Heaven and the Hereafter.

Also registered in Umuhu Primary School II is 108-year old Chidiebube Ozi, who was born in 1914, the same year in which Frederick Lugard worked his magic to invent an amalgamated Nigeria. From his passport, Chidiebube looks like a specimen preparing for the athletic exertions of the Qatar World Cup.

Not for any of these the corpulence of their brother in the Governor’s Office in Owerri or the physiological creases from the consequences of Buhari’s “Change”.

The response of INEC to this entire saga has been nothing short of a scandal. On 15 September, Festus Okoye, the INEC National Commissioner responsible for Information and Voter Education, issued a statement in which he appeared to suggest that the problem was with putting these facts in the public domain and not with the fact that INEC staff without whom this could not have happened are still in service.

Commissioner Okoye claimed that the Commission “is conducting a comprehensive Automated Biometric Identification System (ABIS) cleanup of the registration data by scrutinizing every record”, pointing out that “after the ABIS and clean up, the Commission shall appoint a period of seven days during which the register will be published for scrutiny by the public for objections and complaints.”

Three things are evidently missing from this release. One, Commissioner Okoye did not say how long the “cleanup” of the register would take or when it would end. Two, he did not say what degree of accuracy the processes of the ABIS enjoy. Third, this release did not say what consequences would follow if it were to be found that staff of INEC had in fact been complicit in manipulating or inflating register of voters in any place through facilitating clear breaches of what Mr. Okoye called INEC’s “business rules.”

The Commissioner did not forget to disclose that 3,316 “ineligible registrants” have so far been invalidated in Hope Uzodinma’s Oru East LGA. Two metrics will put this number in context.

Second, if the number of “ineligible registrants” from Hope Uzodinma’s Oru East were to be applied as a constant across the 774 LGAs in Nigeria, it would yield 2,566,584 ghost voters. That is a mere 5,175 less than the margin of 2,571,759 with which Muhammadu Buhari beat President Goodluck Jonathan in 2015. In other words, even the numbers so far discovered as ineligible by INEC could easily determine the outcome of any election. It, therefore, warrants serious action against the perpetrators.

It should be evident to INEC and its leadership that the staff who enabled this kind of rigging of the register of voters will happily enable worse in an election. If the Commission is interested in a credible poll, surely, claiming that it is engaged in Spring Cleaning the register in the rainy season is not good enough. It should say how these ineligible people got there and what will happen to those who perpetrated this. Until INEC is willing to contemplate this, it must remain in doubt whether the Commission under current leadership is fit for purpose.