As long as the dominant politicians choose to weaponise demographics without a plan for investing in productivity, for so long shall Nigeria know little peace. 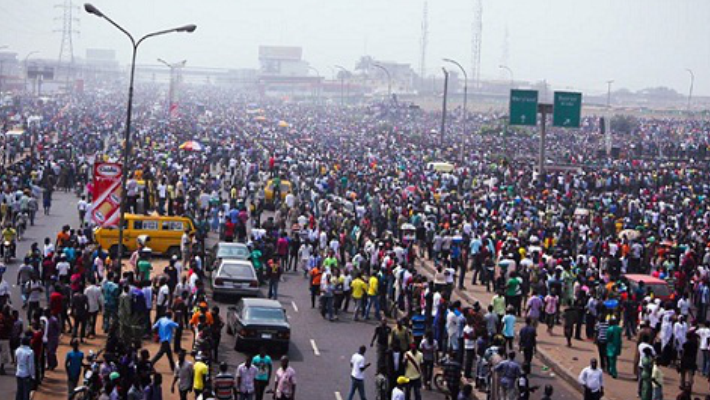 Nigeria, Africa’s most populous country and biggest economy, is assailed on all fronts by insecurity that increasingly appears to overwhelm both its political leadership and its institutions. The response of the government has been underpinned by diagnostics that mistake symptoms for cause with the result that the management of Nigeria’s crises of insecurity has suffered an escalation of misadventure and misfortune founded on the official mindset that the country can shoot its way out of its problems. This limited toolkit would benefit from a re-think.

Some numbers may help to illustrate – even if inadequately – the scale of the crises. In June 2021, Nigeria recorded over 763 atrocity killings. One state alone, Kaduna, in the north-west, officially reports a toll of at least 545 killed and 1,723 kidnapped in the first six months of 2021.  In all, about 6,000 have so far been killed by insecurity in Nigeria in the first six months of 2021.

Over the same period, 2,371 to 2,944 people may have been kidnapped in over281 separate incidents across the country, grossing tens of millions of dollars for Nigeria’s fastest growing industry. Reported ransom economy in the first half of 2021 alone grossed over 10 billion Naira (about $20 million) although the actual sums are believed to be significantly higher.

The Financial Times reports that “the kidnapping industry is thriving in Nigeria.” Over 1,000 victims of what the British conservative magazine, The Spectator, recently described as Nigeria’s “abduction epidemic” were taken in mass attacks on schools that now threaten to shut down education systems in about 14 of the 19 states of northern Nigeria. The recorded incidents and victims represent only a fraction of the full picture in a country in which statistics are chronically massaged and most victims prefer quiet arrangements with the kidnappers since the state acts indifferent.

Former United State Ambassador to Nigeria, John Campbell, notes the existence of a “growing perception among many in Nigeria” that “the country does not meet the first condition of statehood: the provision of security for its citizens.”

Since the end of 2016, Nigeria’s National Security Adviser (NSA) has issued an annual internal security threat assessment to govern prioritisation and deployment of security assets across the spectrum of Nigeria’s internal security challenges. Over the same period, the assessment has held constant, identifying the following as the main threats: in the north-east, Boko Haram and its affiliates; in the north-west, bandits so-called and the Shi’ites of the Islamic Movement of Nigeria (IMN); in the north-central, “killer herdsmen”; in the south east, the Indigenous Peoples of Biafra (IPOB); in the south-west, cults and criminal gangs; and in the south-south, resource militants.

This exercise in federal character falls far short, however, of providing an informed or useable security threat assessment. Sheikh Zakzaky, the leader of the IMN, was detained since the end of 2015 and the group proscribed under the Terrorism Prevention Act. On 28 July, a High Court acquitted and discharged Zakzaky and his wife, Zeenah, on trial for alleged mass murder of hundreds of his own followers liquidated in a government-ordered massacre in December 2015.

The government similarly proscribed the IPOB in 2017 and has recently abducted its leader, Nnamdi Kanu, back from Kenya to Nigeria. There was not even a pretence of legal process to his extraordinary rendition from Kenya to Nigeria. These developments have not made any dent in the pathologies of insecurity in the country, suggesting that regime security rather than public safety could be the focus of the NSA. In support of the conclusion that the government is only interested in regime security, it has evidently conflated criminal violence on the one hand, with legitimate advocacy on the other, in many cases treating the former with inexplicable levity and the latter with equally inexplicable brutality.

An assessment of the internal security threats in Nigeria should proceed from acknowledging the fact that Nigeria has been unable to subdue the various networks of agitation or violence identified by the NSA. Far from being diminished by the enhanced attentions of the Nigerian state, these networks have grown in intensity and significance. A security threat assessment must seek to uncover those things that imperil or incapacitate the ability of the state to prevail over these. Five issues easily stand out.

First is demographics. Nigeria’s population is growing at a rate that the country cannot sustain. Shortly before he died, in December 2020, former Director-General of the Nigerian Institute for Policy and Strategic Studies (NIPSS), Habu Galadima, warned that “Nigeria’s population is growing at 3.2 per cent  every year, which translates to an additional 6.7 million persons annually, making it one of the highest in the world. As of 2019, 86.7 per cent of Nigerians depend on others to survive, meaning that only 27.9 million people out of about 210 million are productive.”

A national average fertility rate of 5.4 births per woman masks disturbing regional disparities. The fertility rate in the southern states is around four births per woman, nearly doubling to above seven in the north-east and north-west, where early and child marriage as well as polygyny are both customary and widespread. While the population has grown at 3.2 per cent over the past five years, the economy has averaged an annual growth rate of a mere 0.28 per cent over the same period, recording negative growth in two of those five years and near-neutral growth in a third. The result is that the supply of public goods is exponentially mismatched against the demand. Absent capable institutions and leadership, the ensuing contest can only be resolved by violence.

Second, therefore, is the criminalisation of elective politics and the weaponisation of demographics for this purpose. With elective politics as the only legitimate means of producing leaders, Nigeria’s politics has come to resemble organised crime powered by the three deities of “godfathers, guns and graft.” Politicians have perfected the art of arming rival political gangs and thugs during elections, after which they are unable to amnesty or buy-back the guns.

Indeed, an official panel of Nigeria’s federal government all but confirmed in 2011 that the Boko Haram insurgency began from this pattern of political misconduct. Deploying the spoils of office, the political rulers who emerge from these mutually assured killing fields compromise security institutions in order to cover their tracks. Over time, this has incapacitated the effectiveness of the security services. In Nigeria’s winner-take-all political system, demographic growth is weaponised for electoral purposes by the ethnic interests who control Nigeria’s politics and who, therefore, have no self-interest in addressing the mismatch between population and productivity.

Third is a crisis of incapable security institutions. Afflicted with poor morale and conditions of service, over one-third of the personnel of the Nigeria Police Force find comfort in hawking personal guard duties to higher-ups in and out of government. The result is that the Force is chronically short-staffed and overwhelmed.

Rather than address this, government has chosen to casualise the police and deploy the army routinely in internal security operations in all 36 of Nigeria’s states. In both its primary role and its assumed one, the army is compromised to the point of being popularly accused of being complicit in Nigeria’s insecurity crises or profiteering from it. It is unable to fulfil its primary role of defending the country against external threats and at the same time it is not equipped to undertake internal policing. Far from diminishing in footprint, insecurity has metastasised.

These three problems point to an obvious fourth, a crisis of political inequity. With a crisis of demand and supply, dissolute political leadership and incapable institutions, it is only natural that systems of productivity, distributive and remedial justice in the country are ineffectual. Deeply held notions of injustice when popularised across the country become a tinder-box, endangering every part.

Looking to the future, there is a fifth problem around the political economy of Nigeria’s adaptation to the global climate crisis. Nigeria’s economy is dependent on oil and gas for over 65 per cent of government revenues and 88 per cent of foreign exchange earnings in an era in which the world is transitioning from dirty energy. In 2020, Nigeria reportedly spent 97 per cent of its revenues on debt servicing.

This implies not merely that the government relies on debt to service its capital expenditure and to pay for its overheads and salaries, but logically also that a significant part of the debt is unsustainable, pointing to potentially bigger problems. With a population estimated to grow by nearly 100 per cent in another quarter of a century and an incapacity to improve its investments in public goods to underpin the legitimacy of the state, the country’s fundamentals could suggest even deeper crises of violence unless it can extract a dividend from its demographic curve, render its politics more accountable and navigate the global energy transition to a safe harbor.

Addressing these issues will not be easy by any means. It requires a different approach to Nigeria’s crisis of insecurity, which must begin with a national leadership that is present and a security strategy that follows clear political direction not the other way round. It is not without political cost either. There is no sustainable pathway out of this situation without addressing Nigeria’s mutually dissonant demographic and productivity gradients.

The last Nigerian leader to recognise this publicly in office was Ibrahim Babangida, the military ruler who instituted a national population policy in 1988, limiting population size per family to four. As a soldier, he did not need votes. President Obasanjo updated the policy in his second term in 2004, knowing he was term-limited. Nigeria’s insecurity problem is not going to be fixed by soldiers wielding guns and bayonets. As long as the dominant politicians choose to weaponise demographics without a plan for investing in productivity, for so long shall Nigeria know little peace.

Odinkalu, a lawyer & co-convenor of Nigeria Mourns, writes  from Abuja

”We have to be prepared and determined because the contest would be a battle of might and strength,” Mr Olusi said.