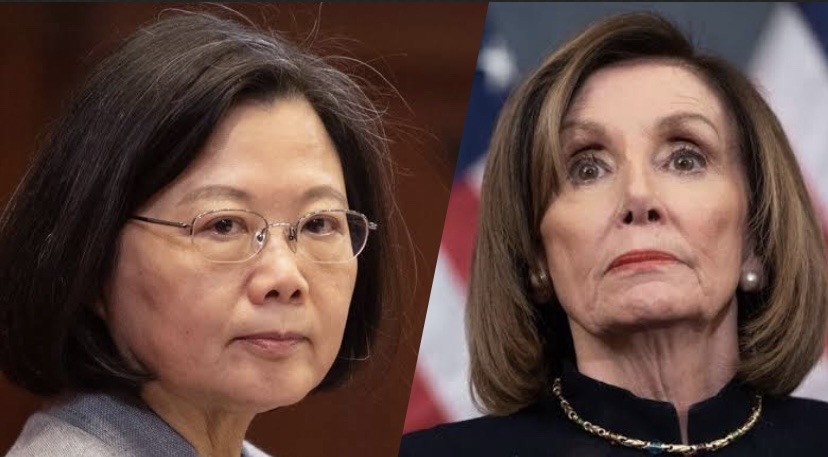 U.S. House speaker Nancy Pelosi met with Taiwan’s President Tsai Ing-wen on Wednesday during a visit to the island that has drawn Beijing’s ire.

Ms Pelosi also visited the Taiwan parliament during the trip, which made her the highest-ranking U.S. official to visit the island in 25 years.

Beijing viewed  the self-governing island as a breakaway territory that would one day be reunited with the mainland and warned the U.S. against allowing Ms Pelosi to visit.

They were expected to include long-range live-fire exercises and last through Sunday.

The manoeuvres were seen as the biggest show of military muscle from Beijing since the 1995 Taiwan Strait crisis, when China fired missiles over Taiwan and the U.S. dispatched two aircraft carrier groups.

The Chinese Foreign Ministry summoned the U.S. ambassador to China, Nicholas Burns, early Wednesday to protest Ms Pelosi’s visit as a “serious provocation and violation” of the one-China principle.

Taiwan, which has 23 million inhabitants, has long considered itself independent.