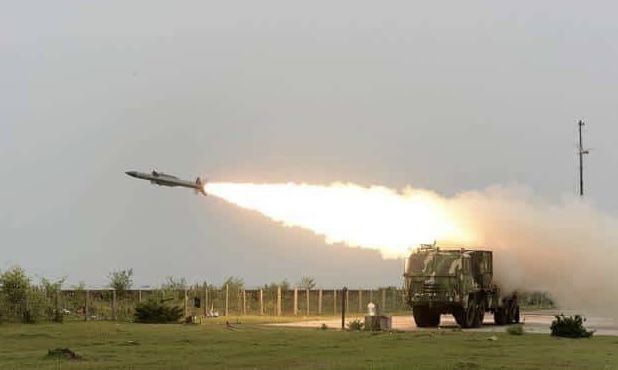 A ministry spokesperson said shortly that Taiwan’s armed forces had tracked the firings in real time after they were detected at 1:56 p.m. (0556 GMT) and had activated related defence systems.

The confirmation by the defence ministry appeared to be one of the first indications that China had actually commenced “live-fire” air and sea military drills as previously announced by the PLA’s Eastern Theatre Command of “joint training drills” in six areas surrounding Taiwan.

The eastern military command of the PLA reported that long-range shells were fired in the Taiwan Strait, which separates Taiwan from the mainland, and east of the island on Thursday.

“Precision strikes” were also made in the east for practice, Chinese state television reported.

China had ordered the most extensive military exercises in a long time in response to speaker of the U.S. House of Representatives Nancy Pelosi’s visit to Taiwan.

The visit by the top U.S. politician, who continued her Asia tour in South Korea on Thursday, had further fuelled tensions over Taiwan.

It was the highest-ranking visit from the U.S. in a quarter of a century.

Meanwhile, Taiwan’s defence ministry has said the country’s armed forces were on combat readiness, monitoring all six manoeuvre areas around the democratic island republic as well as islands further offshore.

According to the ministry, Taiwan is prepared for conflict, but is not seeking it – but will defend national sovereignty and territorial integrity.

The ministry complained that China’s military had deliberately chosen the manoeuvre areas in location and scale to violate Taiwan’s status quo and undermine regional peace.

The remarks referred to the fact that the six areas partly encroach on Taiwan’s territorial waters, which was not the case in previous exercises.

The manoeuvres had already started on Tuesday evening, but were ramped up to full scale on Thursday.