The wearable bioelectronic mask can detect common respiratory viruses in the air in droplets or aerosols and then alert the wearers via their mobile devices. 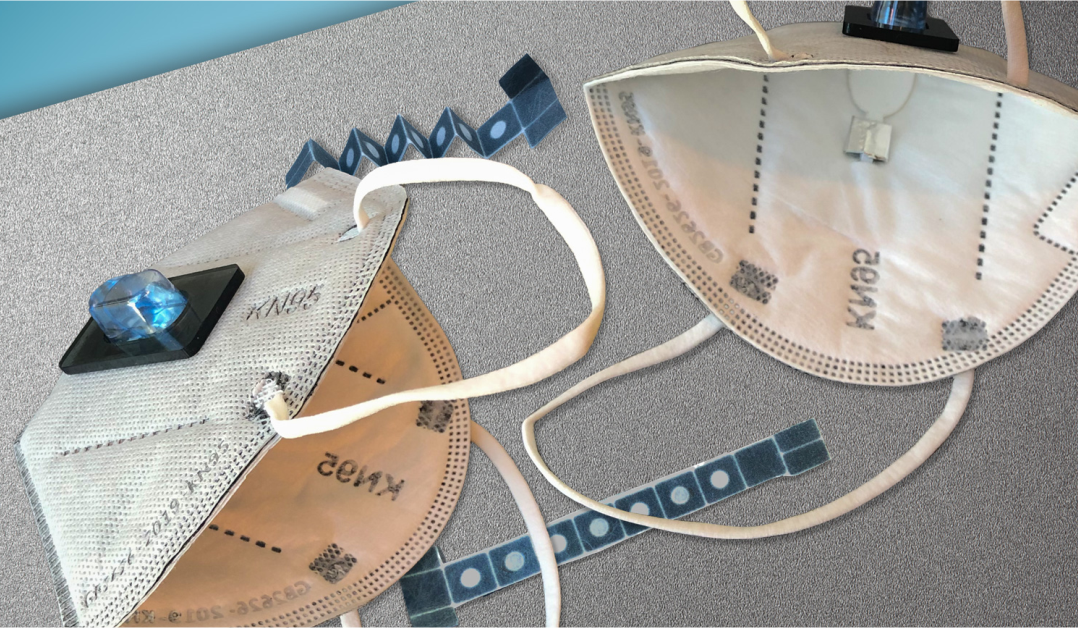 A group of Chinese scientists have developed a face mask that can detect viral exposure from a 10-minute conversation with an infected person.

Respiratory pathogens that caused COVID-19 and influenza spread through small droplets and aerosols released by infected people when they talk, cough, and sneeze.

The wearable bioelectronic mask designed by the researchers from Tongji University could detect common respiratory viruses, including influenza and the coronavirus, in the air in droplets or aerosols, and then alert the wearers via their mobile devices.

According to the study published in the journal, the highly sensitive face mask is capable of measuring trace-level liquid samples of 0.3 microliters and gaseous samples at an ultra-low concentration of 0.1 femtograms per millilitre.

Fang Yin, a professor at Tongji said the detection benchmark for liquid containing viral proteins in an enclosed chamber was “about 70 to 560 times less than the volume of liquid produced in one sneeze, cough or talk.

Mr Fang who is also the paper author and his team designed a small sensor carrying three types of synthetic molecules that could simultaneously recognise surface proteins on SARS-CoV-2, H5N1, and H1N1.

Once those molecules clicked onto the target proteins, an ion-gated transistor integrated into the mask would amplify the signal and alert the wearers, according to the study.

The designer said they could easily update the wearable device to detect novel respiratory viruses.