About 60 people were trapped in the building when it collapsed on Tuesday, locals said. 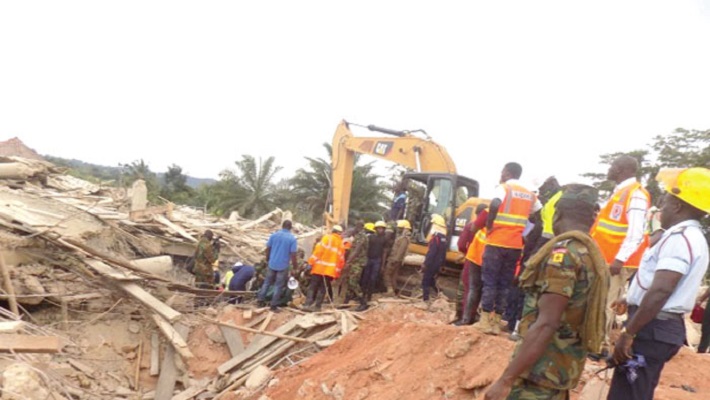 The Ghanaian police say they have taken lead preacher of the Church of Prosperity Isaac Afoa into custody for questioning, pushing forward with investigations into the collapse of the three-storey building.

At least 21 people have been killed in the attack, officials said, with the death toll anticipated to rise as more people are pulled from the rubble.

The church located in the town of Akyem Batabi Eastern Ghana collapsed on October 20 shortly after a prayer programme. A survivor told local reporters that about 60 people were trapped in the building.

At least 17 worshippers were confirmed dead on Thursday by local officials but the death toll has now risen to 21, per latest reports.

A Friday morning statement by the National Disaster Management Organisation said: “The deceased include 12 women and nine men.” It said eight people had been rescued from the rubbles since rescue workers began combing the disaster site.

“We fear there are more people trapped down there.” Eastern Region Minister Eric Darfour said the rescued had been sent to hospital. “We do not have an idea of the number of people still trapped but the rescue mission is ongoing.”

The causes of the accident were still being investigated.

Survivor Mavis Antwi said worshippers inside the church “heard portions of the building coming down”.

“We started running away, some of the people managed to escape but others were trapped,” she said.