Mr Eremi, who said that the incident happened on November 2, added that the suspect had carnal knowledge of the minors, aged 12 and 10. 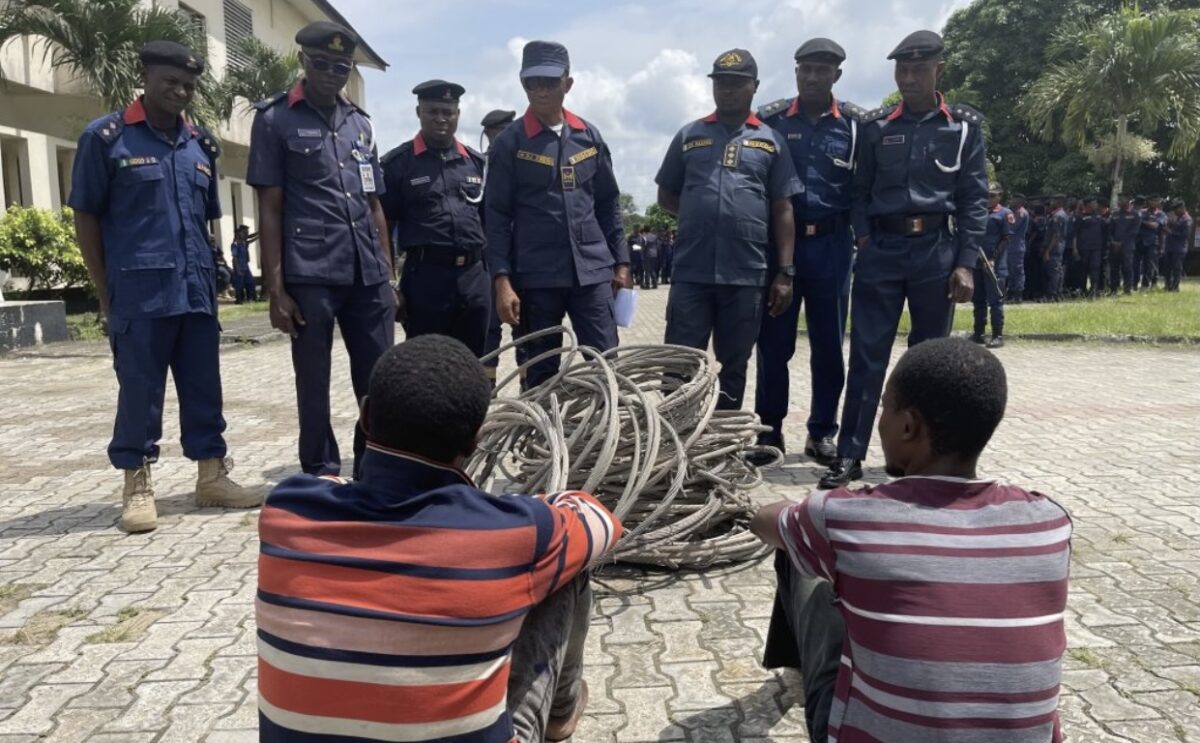 Solomon Eremi, spokesman for the NSCDC in the state, disclosed this on Friday in Calabar on behalf of the state Commandant, Samuel Fadeyi.

Mr Eremi, who said that the incident happened on November 2, added that the suspect had carnal knowledge of the minors, aged 12 and 10.

Mr Okon in an interview said “it was the devil’s hand work”, thereby pleading with the NSCDC for forgiveness.

“I am guilty of the crime, it’s the devil’s work; I won’t repeat this again.

“The two girls came to my compound during school hours with their school bags, they entered my room, and I slept with them,” he said.

He said that NSCDC was saddled with the responsibility of protecting critical national assets and infrastructure in the country.

He said that the suspect was arrested by men of NSCDC in collaboration with youths from his community, Irruan, in Boki local government area.

The spokesman further said that the Commandant General of NSCDC, Dr Ahmed Audi, has given them a marching order to ensure they protect all installations and infrastructure in their area of responsibility.

The alleged cable vandal said he was not “directly” involved in the theft, saying he was framed up by those who hated him in the community.