The vice president said the government must address some of the issues in the civil service, especially that of accommodation for civil servants. 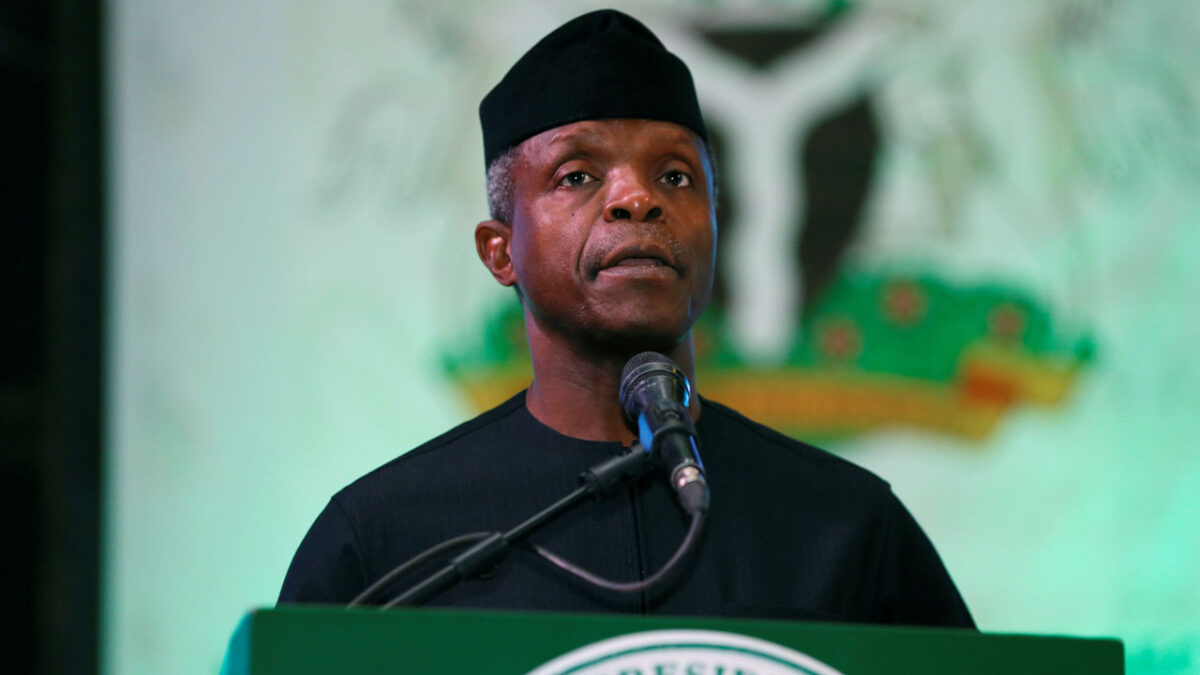 Vice President Yemi Osinbajo has supported stakeholders’ call to reform the Nigerian civil service, arguing that every civil servant must be able to own a home, “and justify to his family the reason why he went for the job.”

According to the vice president, “A civil servant ought to be able to own a home, and justify to his family the reason why he went for the job.”

Mr Osinbajo made this revelation after receiving a briefing on the Federal Civil Service Strategy and Implementation Plan 2021-2025 at the Presidential Villa, Abuja, from Folashade Yemi-Esan, head of the federal civil service.

In a statement Friday, the vice president’s spokesman, Laolu Akande, noted the meeting is a presidential level briefing of the reform process which has been ongoing since 2017, and is being led by Steering and Implementation Committees with membership drawn from the public and private sectors with the engagement of development partners.

“It is evident that perhaps, for the first time in a long time, some very serious attention is being paid to all of the various issues in our civil service.

“I think that we should really do something that is bold, big and that will really make a difference in order to address some of the issues, especially that of accommodation for civil servants.

“We can do much more with mass housing; we have a target now of 300,000 houses under our Economic Sustainability Plan (ESP) social housing scheme.

“CBN has allocated N200 billion, but we have seen that we can provide mass housing, and we can make civil servants beneficiaries of the scheme,” he said.

Others were the special adviser to the president on economic matters, Adeyemi Dipeolu, development partners, World Bank officials and the president of the Africa Initiative for Governance, Aigboje Aig-Imoukhuede, amongst others.