“We express our heartfelt gratitude to Odunayo Adekuoroye for making us proud in Ondo state and Nigeria at large,” said the Ondo government. 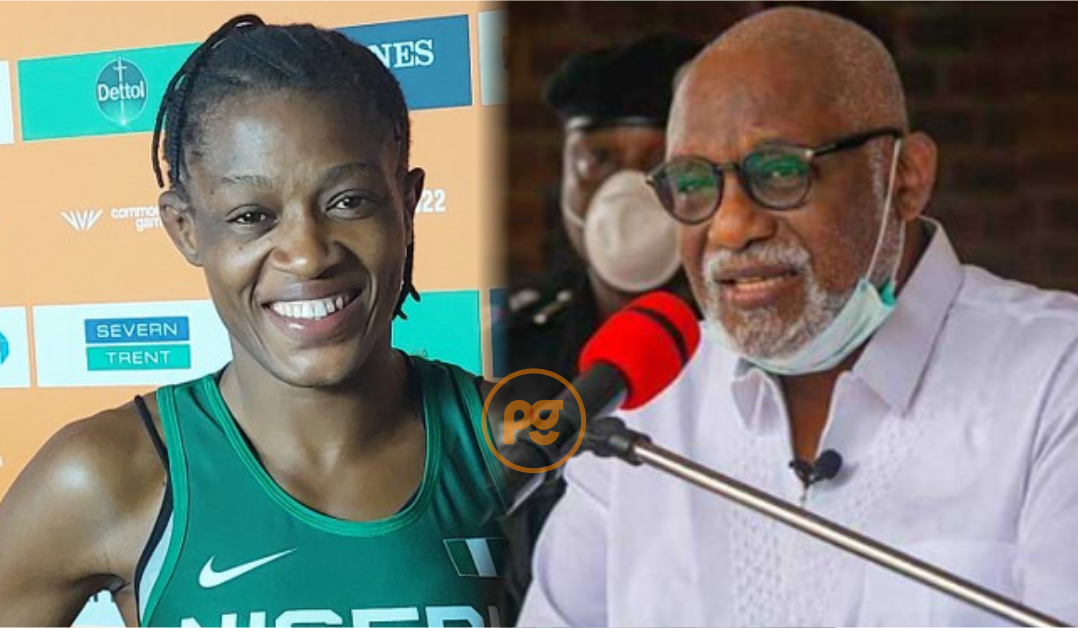 This was contained in a statement issued on Saturday by his chief press secretary, Richard Olatunde.

Adekuoroye on Friday defeated her rival Anshu Malik of India to win gold in the Women’s 57kg Freestyle Wrestling.

Mr Akeredolu hailed the Commonwealth champion for her resilience and courage under intense pressure.

He noted that Adekuoroye had set a heart-warming record for herself and the country, being the first wrestler to win a third consecutive gold medal at the Commonwealth Games.

“Our own Odunayo Adekuoroye has recorded another feat for the country. We are particularly proud that she displayed courage and resilience to clinch her victory even in the face of intense pressure,” said the statement. “We are, indeed, thrilled that an Ondo State indigene has brought pride to the black race, the nation and the Sunshine State in particular. Her victory is a collective pride for the country.”

It noted that the gold medallist’s strong determination to emerge victorious showed “the patriotic spirit of a compatriot whose dedication to do the nation proud was unparalleled.”

“Having won gold in 2014 and 2018 in Glasgow and Gold Coast, the Birmingham gold is a record made. We are delighted that she made this remarkable accomplishment on the world stage. We express our heartfelt gratitude to Odunayo Adekuoroye for making us proud in Ondo state and Nigeria at large,” added the Ondo government. “She is a reigning star that will continue to inspire upcoming generations of Nigerian athletes to achieve impressive performance.”