Mr. Lamorde, who was sacked from EFCC amidst corruption charges, has been desperate to be a DIG, even though he has yet to merit the rank before the PSC. 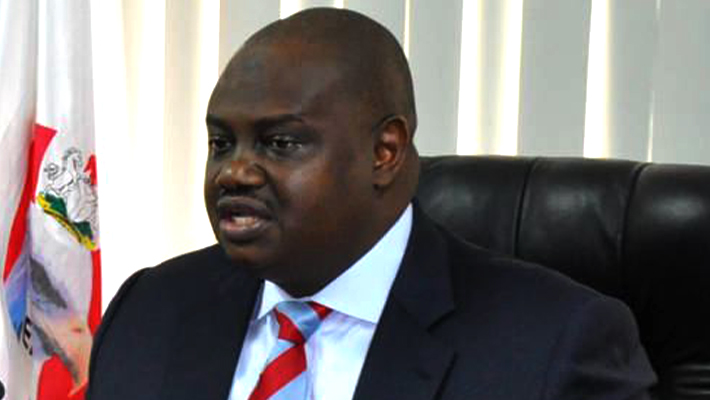 The announcement of Ibrahim Lamorde as deputy inspector-general of police (DIG) in charge of Force Intelligence Bureau (FIB) by police spokesman Frank Mba on Friday has fueled bewilderment amongst senior officers who are lost in the mystery behind his bizarre elevation.

Mr. Lamorde, 58, an assistant police inspector-general (AIG) who had previously chaired the anti-graft EFCC, was astonishingly proclaimed as DIG and assigned a new portfolio by Inspector-General Mohammed Adamu, despite not being listed amongst the recently promoted officers by the Police Service Commission (PSC).

The PSC had on December 18 announced the promotion of four AIGs — Alkali Baba, Dan Mallam, David Folawiyo, Nkpa Inakwo; and a police commissioner Joseph Egbunike to the rank of DIG, to represent their respective geopolitical zones in the police management team.

Mr. Lamorde also failed to bag promotion as a DIG in early 2019 when the PSC elevated new officers to serve on the police management team alongside Mr. Adamu.

Multiple sources at the Force Headquarters, told the Gazette that although the outgoing DIG representing the Northeast Aminchi Baraya from Taraba was promoted ahead of Mr. Lamorde in 2019, the ex-EFCC boss who hails from Adamawa had been strangely acting as DIG Directorate of Intelligence since then, on the apparent directive of Mr. Adamu and in defiance of constitutional authorities of the PSC as the only body capable of designating ranks to police chiefs.

Our sources argued that Mr. Lamorde’s outlandish role was a duplicate of the portfolio assigned to DIG Michael Ogbizi from the South-South, who was in charge of the Force Criminal Investigation and Intelligence Department (FCIID).

The PSC had announced that Mr. Baraya, the outgoing DIG from the Northeast who is due for retirement in February 2021, had been replaced by Alkali Baba from Yobe, which also falls under the Northeast geopolitical zone as Adamawa.

Mr. Lamorde’s clandestine elevation to DIG has ignited furore amongst senior police officers, many of whom have queried the unprecedented emergence of three DIGs from the same geopolitical zone.

Police sources said Mr. Lamorde, who was enmeshed in a vast corruption scandal after being sacked from the EFCC by President Muhammadu Buhari in November 2015, has been desperate to be a DIG, even though he has yet to merit the rank before the PSC.

In early 2019, he tried to assert himself as a DIG to undercut Mr. Baraya, who was his senior and a merited officer for the top police role from the Northeast. Even though Mr. Lamorde was not promoted as a DIG, Mr. Adamu has continued to allow him in important meetings that were conventionally reserved for DIGs, stoking what a senior officer told the Gazette this weekend was “an undue confusion within the Force.”

Our sources spoke under anonymity to avoid being targeted by Mr. Adamu, who will be retiring on February 1 alongside Mr. Lamorde and other officers of the February 1986 cohort.