Sierra Leone needs $2.7 billion to implement its plan to reduce the impact of climate change in the country. 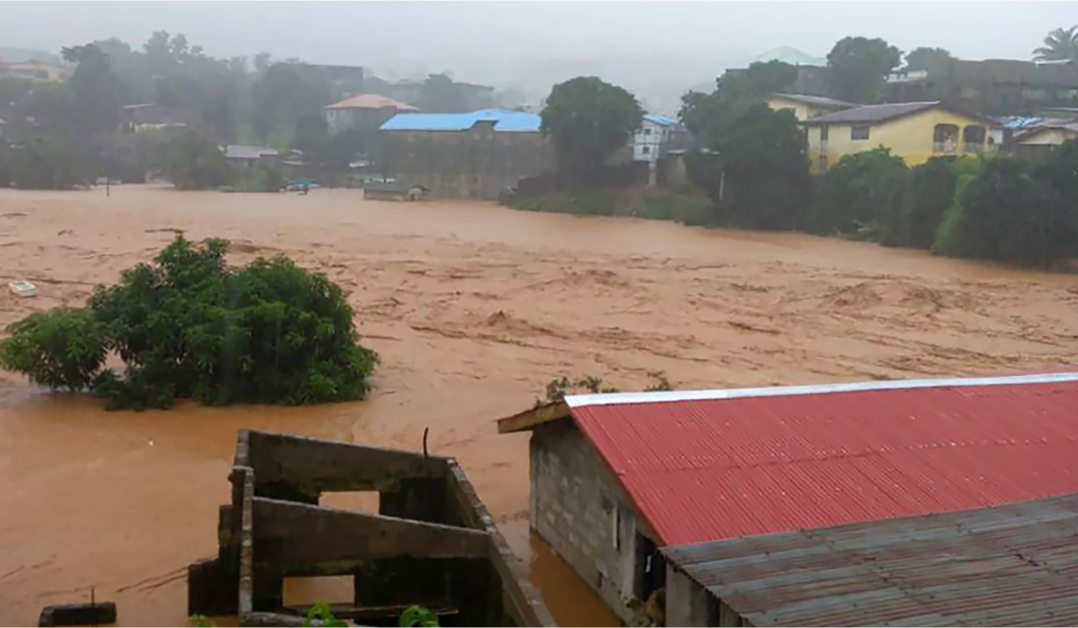 Coaster communities in Sierra Leone are migrating after rising sea level has rendered dozens of people homeless and caused the death of others.

Over the past 15 years, residents of Freetown have experienced rocketed sea level rise, destroying their livelihood.

The United Nations Development Programme (UNDP) in 2012 attributed the causes of flooding in Sierra Leone to intense, localized monsoon rainfall.

More than 300 persons were killed in mudslides and flooding close to Freetown in 2017.

Sierra Leonean, Paul Lamin, lamented that the rise in sea level is one of the climate change issues faced by residents which has reduced the lands of fisherfolks.

Mr Lamin told Peoples Gazette at the Sierra Leone Pavilion at COP26 in Glasgow, Scotland, that most coastal areas have migrated following the slowly sinking of their homes.

Success Ibrahim Sei Kamara, communications head at the country’s meteorological agency told The Gazette that some causes of the sea level rise are caused by global warming and tree cuttings, adding that the country’s raining season pattern has changed.

Mr Kamara, who resides in Freetown, said most of the flooding was due to “significant cutting down of trees,” adding that the country’s “federal government has planted 1.5 million trees proposed against the five million between 2020 to 2024.”

Kadiyat Jalloh, Sierra Leone deputy fisheries director, explained to The Gazette, saying that the impact of climate change was so much to the extent that during the rain, communities are flooded and in the dry, there “is fire disaster because they smoke fish.”

Ms Jalloh said the country decided to have a pavilion at COP26 to discuss and draw the world’s attention to what is happening in Sierra Leone.

“We look forward to getting support in terms of climate finance and how to have a budget that will help us adapt and mitigate climate effect,” she added.

The country was earlier marked as the third vulnerable country by the Intergovernmental Panel of Climate Change (IPCC).

Documents cited by The Gazette shows the country needs $2.7 billion to implement its Nationally Determined Contributions (NDC), a long term plan made by countries to reduce the impact of climate change on humans and the environment.