Justice Nyako invalidated the candidacy of Ikechi Emenike who was earlier recognised by INEC as the party’s candidate for the March 11, 2023 governorship poll. 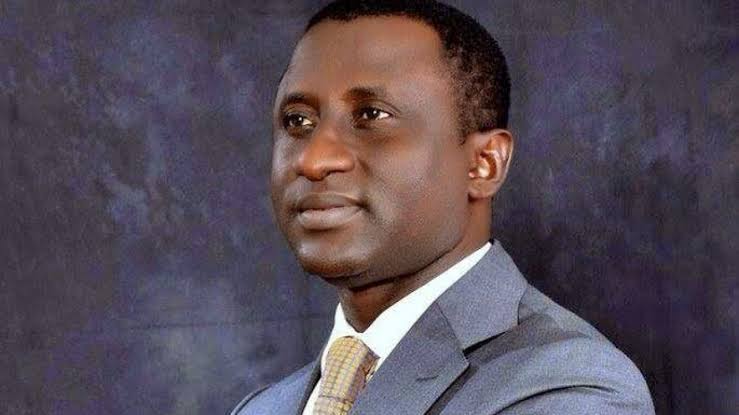 The Abuja Division of the Federal High Court on Friday, declared former Minister of State for Mines and Steel Development, Uche Ogah, as the duly elected governorship candidate of the All Progressives Congress (APC) in Abia.

Justice Binta Nyako, in a judgement, upheld the direct primary election that produced Mr Ogah as APC’s candidate, having been monitored by the Independent National Electoral Commission (INEC).

Justice Nyako invalidated the candidacy of Ikechi Emenike who was earlier recognised by INEC as the party’s candidate for the March 11, 2023 governorship poll.

In the amended originating summons filed August 22 by his team of lawyers led by D.D. Dodo, SAN, the ex-minister sought “a declaration that by virtue of Section 84(4) of the Electoral Act 2022, the direct primaries held by the 2nd defendant (APC) and monitored by the 4th defendant (INEC) was in substantial compliance with the provisions of the Electoral Act 2022 on the conduct of primary elections for the nomination of governorship candidate for the 2nd defendant.

“A declaration that having conducted its direct primaries in line with Section 84(4) of the Electoral Act and having had same monitored by the 4th defendant, the 2nd defendant was not at liberty to conduct any other primaries for the nomination of a candidate for the Abia State Governorship contest in 2023.”

Mr Ogah, therefore, prayed for an order directing the APC to forward his name to INEC forthwith as its duly nominated candidate for the 2023 Abia governorship poll.

He also sought an order directing the electoral umpire to substitute the name of the Emenike earlier forwarded to it by the party with his name as the duly nominated candidate of the APC for the next year election.

Delivering her judgement, the judge agreed with the plaintiff (Ogar) and ordered the party to forward his name to INEC as the duly elected Abia governorship candidate for the 2023 election.

Mr Nyako, who invalidated the indirect election that produced Emenike as the party’s candidate, also directed the electoral umpire to recognise Ogah’s name as the duly elected APC’s candidate.

Crisis had rocked the APC chapter in Abia after the party held parallel governorship primary elections in the state that produced Messrs Ogah and Emenike as party’s candidates.

But acting on an Appeal Court judgement affirming an earlier ruling of the Abia State High Court which declared Emenike as the authentic governorship candidate of the APC, INEC had in October published Mr Emenike’s name as the validly nominated candidate of the APC for the 2023 poll.