The judge also ordered the NIS to write a letter of apology to Mr Odili for the way his passport was seized. 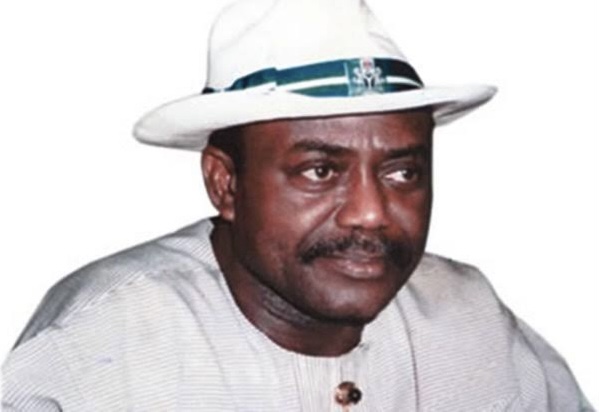 The Federal High Court in Abuja ordered the Nigeria Immigration Service (NIS) to immediately release the travel passport of the former governor of Rivers, Peter Odili.

Delivering judgment on Monday in a suit on breach of fundamental rights filed by Mr Odili, Justice Inyang Ekwo held that the NIS had no legal justification to seize the former governor’s passport.

The court ruled that the seizure of Mr Odili’s passport was contemptuous and constituted an infringement on his fundamental rights.

Mr Ekwo also made an order restraining the NIS from further arresting, intimidating or harassing the former governor.

The judge also ordered the NIS to write a letter of apology to Mr Odili for embarrassing him in the manner in which his passport was seized.

“The reason given by the respondent for the seizure of the passport is that he was on the watch list of the EFCC.

“This claim is not backed by any evidence showing that the EFCC requested the seizure of his passport.

“It is settled law that any pleading that is not backed by evidence is of no effect,” the judge held.

Mr Ekwo also held that Mr Odili tendered a judgment in evidence showing that the EFCC had no legal backing to order that his passport be seized.

The judge equally dismissed the claim by the NIS that the person who instituted the suit was different from the person whose passport was seized saying it was one and the same person.

He said this was verified by comparing the photograph on the travel passport with the one on the process filed in court.

The court further held that the action of the NIS was primitive and humiliated Mr Odili, adding that no Nigerian deserved to be treated in such a manner regardless of class or status.

“The travel passport is not a document that can just be taken away from a citizen by the whims and caprices of any person.

“Such seizure must be done in strict compliance with the law,” the judge ruled.

According to him, law enforcement agencies must understand that they are first and foremost agents of the law and must act in accordance with the law.

Mr Odili, who was governor of Rivers from 1999 to 2007, had approached the court to challenge the seizure of his travel passport by the NIS.

He told the court that his passport with number B50031305 was seized from him on June 20 by NIS officials for undisclosed reasons shortly after he landed at the Nnamdi Azikiwe International Airport in Abuja.

He said the NIS had since refused to release the passport to him.

In an eight-paragraph affidavit to which the former governor deposed, Mr Odili said he landed at the airport from the United Kingdom where he had gone for his routine medical check-up.

He averred that upon arrival, his travel documents were checked and returned to him.

He added that while he awaited his luggage to be cleared, however, an Immigration official approached him and demanded the passport on the claim of a routine check.

Mr Odili told the court that he complied and handed his documents to the official who went away with his passport and failed to return it.

The former governor said that he is a law-abiding senior citizen of Nigeria that did not do anything to warrant the seizure of his passport, and had prayed the court to intervene in the matter.