Nnamdi Kanu wants the court to order SSS to transfer him out of their detention facility and to Kuje correctional centre. 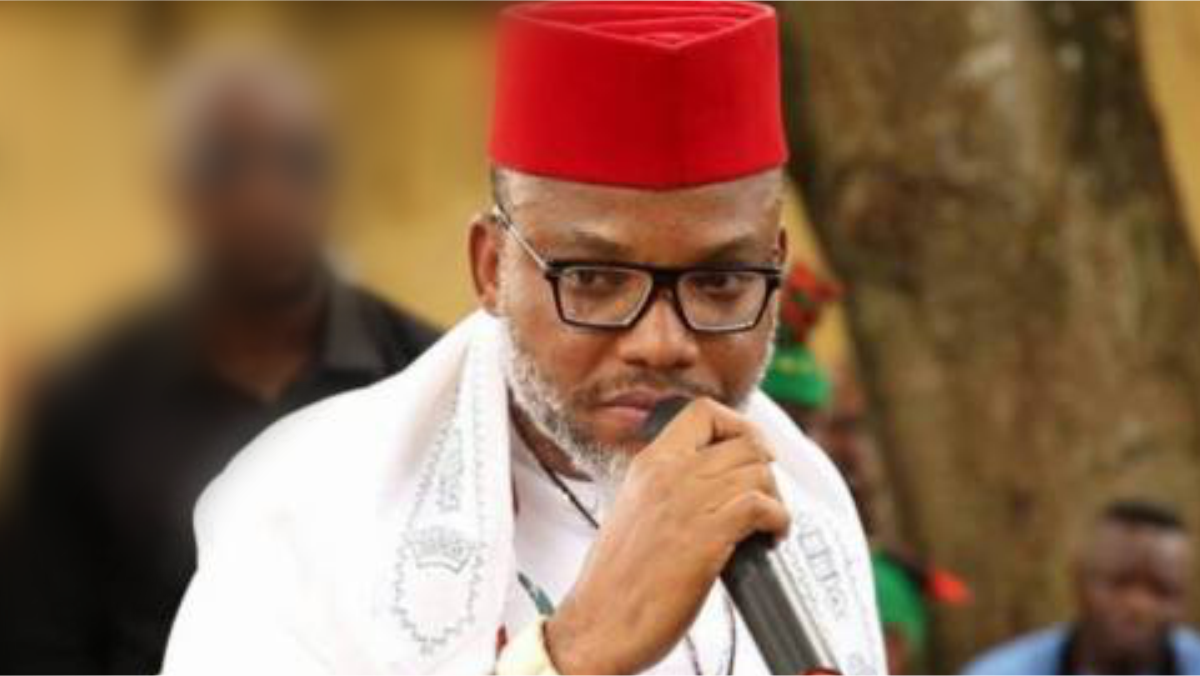 The Abuja division of the Federal High Court has fixed February 28 to hear a fundamental rights enforcement suit filed by the leader of the proscribed Indigenous People of Biafra (IPOB), Nnamdi Kanu.

Justice Taiwo Taiwo fixed the date after counsel to the State Security Service (SSS), Idowu Awo, informed the court that his clients had a counter-affidavit that had not been served on Mr Kanu.

Mr Awo, at the resumed hearing, prayed the court for more time to effect the service of the application on Mr Kanu’s lawyer, Maxwell Opara.

But Mr Opara described the request of the SSS lawyer as an attempt to continue to subject his client to solitary confinement and other inhuman treatments.

He argued that the counter affidavit by the SSS was already filed out of time.

Mr Opara said even though the application was dated January 28, and counsel to the SSS has his contact, it was not served on him until now.

Also, the lawyer to the Attorney-General of the Federation, Simon Enock, said that he had filed a motion for an extension of time to regularise their counter affidavit.

The application was neither opposed by counsel to the IPOB leader nor the SSS lawyer.

The judge, who noted that the matter was coming before him for the first time, fixed the matter until February 28 for hearing.

Earlier, Mr Kanu, through his lawyer in the suit marked: FHC/ABJ/CS/1585/2021, sued the director-general of SSS and the office as first and second respondents respectively for poor medical attention while in secret police custody.

He also joined the AGF as a third respondent in the suit dated and filed on December 13, 2021.

In the originating motion, Mr  Kanu sought that he be “entitled to the enjoyment of his right to dignity of the human person as guaranteed under Sections 34(1)(a) of the 1999 Constitution (as amended).

“A DECLARATION that the respondents’ action in continuing to keep the applicant in their detention facility, without transferring him to Kuje Correctional Centre, is subjecting the applicant to mental torture given that it is not the place designated for keeping awaiting trial inmates,” among others.