Mr Keyamo wonders how the main opposition party and its presidential candidate, Atiku Abubakar, would fulfil their promise when they could not resolve their internal crisis. 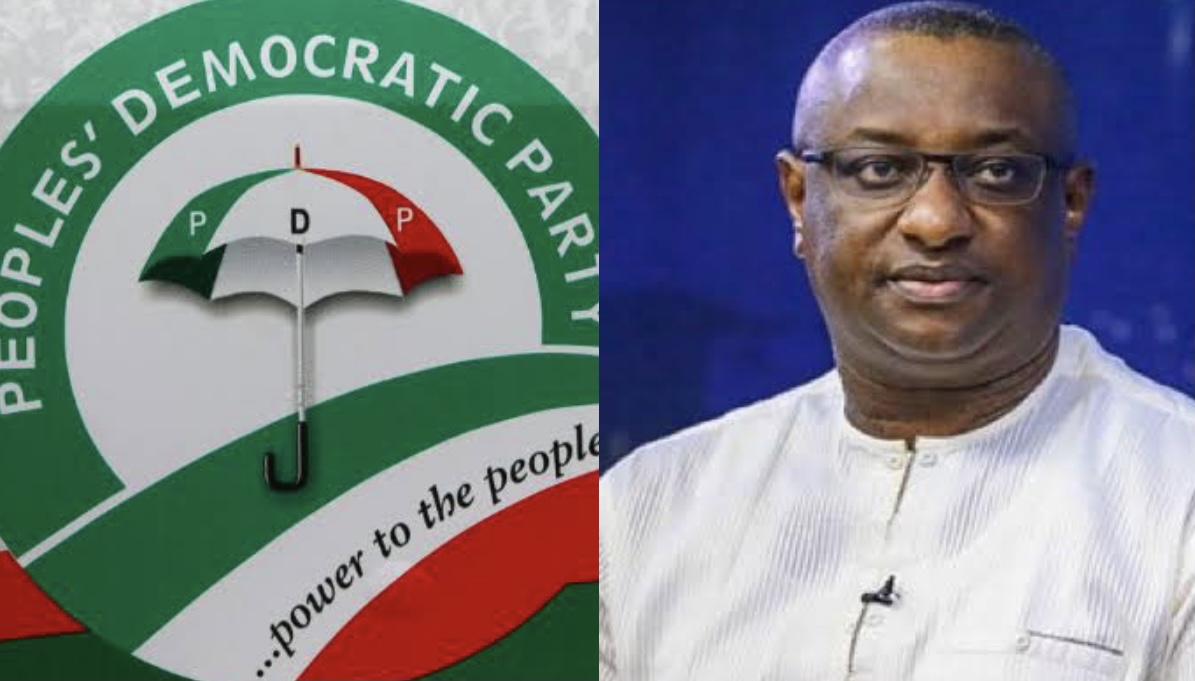 Festus Keyamo, the spokesman for the ruling All Progressives Congress (APC) presidential campaign council, has taken a swipe at the Peoples Democratic Party (PDP) over the internal crisis rocking the latter, ahead of the 2023 general elections.

Mr Keyamo said the main opposition party cannot rescue Nigeria, wondering how the party and its presidential candidate, Atiku Abubakar, would fulfil their promise when they could not resolve their internal crisis.

“The PDP that’s in crisis because of its inability to control its billowing umbrella gathers everyday and the first thing you hear them say is that they want to ‘rescue’ Nigeria; like a teenager whose legs cannot find the clutch of a car wanting to drive a trailer! ‘No be juju be that?,” Mr Keyamo, who is also the Minister of State for Labour and Employment, said in a tweet.

Mr Keyamo’s tweet came amid the deepening crisis that has further escalated calls for the resignation of Iyorchia Ayu, the national chairman of the opposition party.

On Wednesday, leaders of the party in the camp of Rivers Governor Nyesom Wike, pulled out of the PDP Presidential Campaign Council, insisting that Mr Ayu, must resign before they could participate in campaign activities.

Oyo governor, Seyi Makinde, had last week joined Mr Wike to call for Ayu’s resignation, noting that the South must included in the internal affairs of the party leadership.

As the call for Mr Ayu’s resignation continues to cause controversy, the party’s presidential candidate, Atiku Abubakar, insists that the chairman could not be forced to resign his position, asking the party members to follow the party’s constitution.