Customs officers on their way to eat kill five people

Customs officers on their way to have a meal have killed five persons in Katsina. 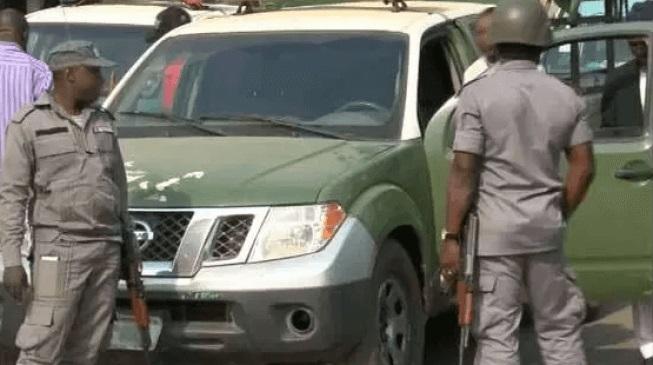 Customs officers on their way to have a meal have killed five persons in Katsina.

On Monday, the Nigerian Customs Service confirmed that its officers killed five bystanders, stating that the fatal incident happened when one of the officers driving a patrol vehicle lost control.

Dalha Wada-Chedi, the acting Comptroller of NCS in Katsina, further explained that the bystanders were killed when the officers (operatives of the Border Drill) went to Jibia to get food.

“But unfortunately lost control and crushed some people to death,” said Mr Wada-Chedi. “It is really unfortunate. We had to use our cordial relationship with the communities, the police, military, and other sister security organisations to bring the situation under control.”

He also disclosed that those involved in the crash were more than the five bystanders crushed to death.

“From the report we received so far, five people died, and others are receiving treatment in the hospital,” he added. “Those of our men involved are currently with the police, and investigation is already ongoing to unravel the circumstances behind the incident.”