Mr Chiejina also urged the general public to assist with relevant information to help curb the trend of unscrupulous drivers. 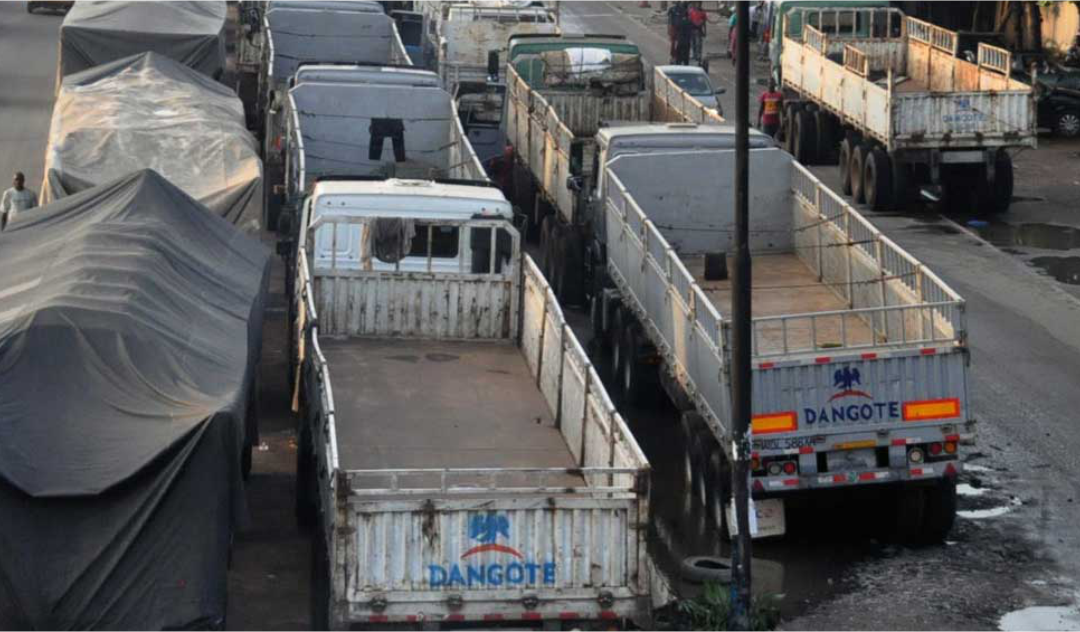 Dangote Group on Sunday said the company’s drivers’ patrol team has made several arrests of its errant drivers that engaged in illegal activities and handed them over to relevant authorities for prosecution.

The company made the disclosure in a statement signed by its spokesman Anthony Chiejina, in Lagos.

Mr Chiejina also urged the general public to assist with relevant information to help curb the trend of unscrupulous drivers who also constituted a menace to other road users.

He recalled that the company had in an effort to carry the public along in addressing the activities of these drivers, announced   monetary rewards for persons that would plead to the arrest of erring drivers by the law enforcement agents.

Mr Chiejina revealed that among several others, the team, recently in the North-Central Zone of the country, arrested both a driver and his truck carrying fully loaded illegal haulage of timber and handed them over to the police.

The spokesman said the driver was subsequently charged to a Magistrate Court in Akwanga, Nasarawa, for criminal breach of trust.

He said that the driver was sentenced to four months jail term after he pleaded guilty.

Mr Chiejina said that the presiding magistrate on the case ordered that the truck and load be released to the company and owner respectively.

He advised the company to file a civil case against the owner of the goods.

“Also, in the South-West region, the patrol team noticed a third party truck, with Dangote logo on it, parked inside a private company yard in Ode Remo, Ogun recently, while offloading granite stone.

“The team reported the case at Ode Remo police station and both the driver and the truck were arrested and the driver had also been charged to court.

“The Dangote drivers’ patrol team has made several more arrests and handed the offending drivers to police and other relevant authorities for prosecution.

“Dangote management has, therefore, renewed the warnings to those who illegally transport materials on Dangote trucks.

”Such unauthorised goods shall be confiscated while such drivers and owners would face the full extent of the law,” he said.

Mr Chiejina added that to clarify its position, the management has gone on to list its products and goods which its over 10,000 trucks operating across the country and the neighbouring West African countries could convey.

“We hereby alert the public to report any suspected Dangote truck driver involved in illegal haulage supported with credible evidence of such an act,” he said.