The army further warned that the military high command would not tolerate misguided politicians who nursed the inordinate ambition to rule the country outside the ballot box. 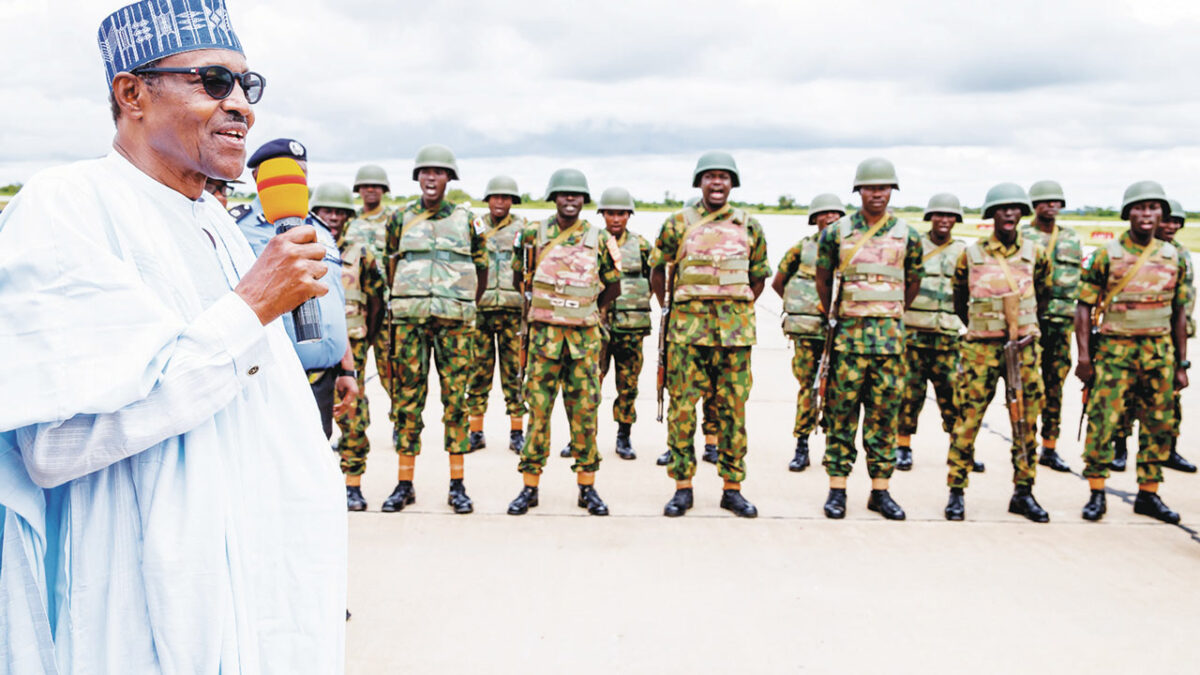 The Defence Headquarters has warned soldiers against any plots to overthrow President Muhammadu Buhari’s regime and denounced a call for the military to take over the reins of power, insisting it is committed to Nigeria’s democratic rule.

“We also wish to remind all military personnel that it is treasonable to even contemplate this illegality,” said the army. “The full wrath of the law will be brought to bear on any personnel found to collude with people having such agenda.”

The country is facing nationwide chaos characterised by wanton killings and kidnaps as its security forces struggle to contain rampaging terrorists and other criminal elements.

“The Nigerian military wishes to dissociate itself from such anti-democratic utterance and position.

“Let it be stated categorically that the Armed Forces of Nigeria remain fully committed to the present administration and all associated democratic institutions,” it explained.

The army spokesman, Brig.-Gen Onyema Nwachukwu, stated this in a statement in Abuja.

Mr Nwachukwu said the military learnt about a statement suggesting that current political leadership should hand over power to the military for restructuring.

According to him, the statement was purported to have been made by Robert Clark (SAN).

“We shall continue to remain apolitical, subordinate to the civil authority, firmly loyal to the President, Commander-in-Chief of the Armed Forces of the Federal Republic of Nigeria, President Muhammadu Buhari, and the 1999 Constitution as Amended.

“We shall continue to discharge our constitutional responsibilities professionally, especially in protecting the country’s democracy, defence of the territorial integrity of the country as well as protection of lives and properties of citizens,” the military pledged.

The army further warned that the military high command would not tolerate misguided politicians who nursed the inordinate ambition to rule the country outside the ballot box.

The Defence Headquarters advised politicians not to suggest or plan a military takeover, adding that the military under the current leadership remains resolute in defending the nation’s democracy and its growth.

“The current security challenges are not insurmountable as the military, in partnership with other security agencies, are working assiduously to ameliorate the challenge.