Lower league side Green Berets eliminated their fellow low league side 5-4 on penalty kicks after 90 minutes of goalless draw. 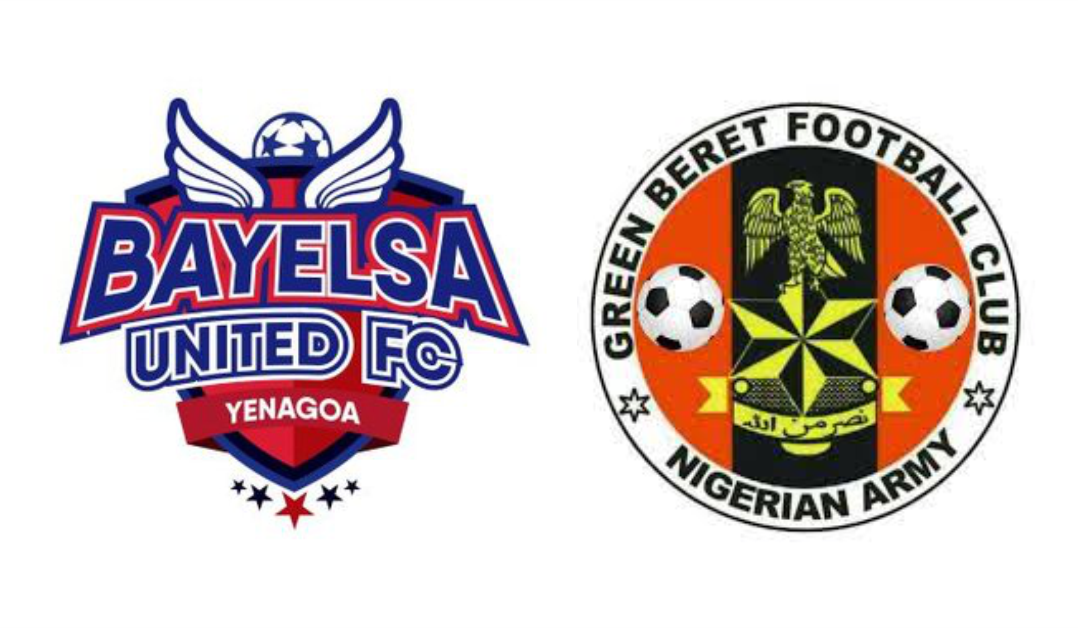 The Nigeria National League (NNL) side eliminated their fellow low league side 5-4 on penalty kicks after 90 minutes of goalless draw.

The two teams played six penalty kicks each, but Green Berets scored five as against Bayelsa United’s four to reach the round of 16 of the competition.

Their round of 32 match was played at the football pitch of University of Nigeria, Enugu Campus (UNEC).

In a post-match interview, Green Berets coach, Haruna Musa, said he felt good with the victory just like other victorious teams in the competition.

“But the fact that Bayelsa United were the defending champions did not make them a better team than others.

“So, I am not feeling like I have done the best, because we still have some lapses to work on in our team before our next game.

“Bayelsa United are however not a bad team. We had to sit back to know their strengths and tactics before coming out to attack.

“After the full-time, I knew that the match could swing to any side, because penalty shootout is nobody’s game.”

The coach also expressed optimism that there would be a lot of improvement in his team before their next game to ensure success.

Meanwhile, in another round of 32 match played at the same venue, Akwa United of Uyo thrashed Remo Stars FC of Ikenne 3-0.

Samuel Amadi scored the three goals in the 26th, 67th and 81st minutes of the match to give the Uyo side victory.