The political activist has remained one of the harshest critics of Muhammadu Buhari whose tenure has been marred by untold poverty, insecurity, energy crisis and inflation. 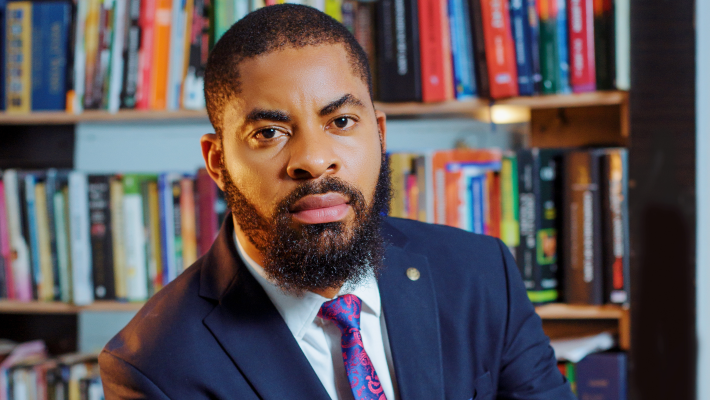 “This is to certify that Charles Deji Adeyanju having completed an approved course of study, and passed the prescribed examination, under the authority of the Senate, been awarded the degree of Bachelor of Law with First Class Honours on 24th February, 2022,” the statement of result awarded by the private learning institution said. The activist shared the certificate on his Twitter handle Tuesday afternoon.

Mr Adeyanju has featured prominently in the civil society circles since 2015 when Muhammadu Buhari assumed power in Nigeria. The former opposition PDP strategist warned Nigerians that Mr Buhari was a corrupt dictator with no hope of rehabilitation. He has remained amongst top Nigerian voices taking on the regime over corruption and human rights abuses.

For his activism, which has received recognition amongst rights defenders across Africa, Mr Adeyanju has been arrested on at least 15 occasions since Mr Buhari assumed office in May 2015. Between December 2018 to March 2019, he was locked up in a Kano prison on trumped-up charges because of his fierce opposition to the regime, which quickly used the window to hold the controversial 2019 presidential election in February.

Still, the political activist has remained one of the harshest critics of Mr Buhari whose tenure has been marred by recession, banditry, terrorism, epileptic power supply and inflation.

Last year, supporters of Mr Buhari’s radical minister Isa Pantami targeted Mr Adeyanju as an “enemy of Islam” following his petition to the United States requesting that Mr Pantami be placed on its terrorism watchlist. He cited the minister’s support for terrorists and extremist views as too grievous to overlook.

Mr Adeyanju continued his activism while running his full-time law programme at Baze. He has since enrolled on a master’s degree programme at the same institution.