Ex-Abia Governor Orji Uzor Kalu has insisted that embattled President Muhammadu Buhari is democratic amid claims that he is an unrepentant military dictator. 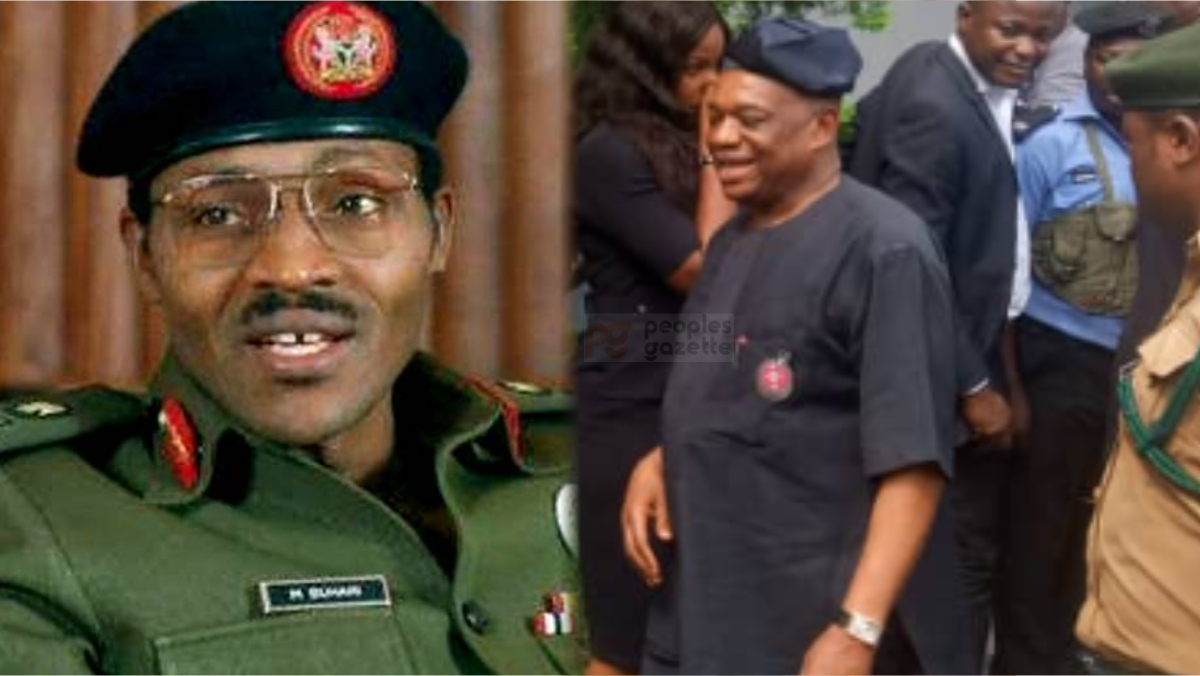 Ex-Abia Governor Orji Uzor Kalu has insisted that embattled President Muhammadu Buhari is democratic amid claims that he is an unrepentant military dictator.

Many Nigerians have riled Mr Buhari, who considers himself as a dictator-turned-democrat, describing him as an impostor.

He said, “Nigeria’s democracy has been growing steadily over the years because the current administration, led by President Buhari, has no doubt upheld the doctrines of democracy in its activities.

“The federal government has lived up to expectations in the sustenance of good governance. The dividends of democracy are visible in all ramifications across the country.

“The political class regardless of party affiliation should support the president’s agenda of building a prosperous Nigeria.”

In a goodwill message issued on Friday in Abuja to commemorate the 2021 Democracy Day, Mr Kalu called for credible leadership at all levels of government, urging Nigerians to support Mr Buhari’s regime.

While cautioning politicians against actions capable of polarising the country, Mr Kalu emphasised that Nigeria was better off as a united and indivisible entity.

The former Abia governor praised Mr Buhari’s regime for repositioning the country, claiming that the president built critical infrastructure across the country.

The Senate chief whip urged Nigerians to be wary of selfish and power-hungry politicians who incite the people against the federal government.

According to him, Mr Buhari has continued to demonstrate a determination to build a prosperous nation.

Mr Kalu, while acknowledging the achievements of the founding fathers of Nigeria in sustaining a united country, stressed that the country’s democracy is fast-growing under the current federal government.

Mr Kalu added, “Politics should be seen as a clarion call to serve the people and not a do-or-die affair. As politicians, we must not betray the trust of the people. The political class should emulate the qualities of the late Chief MKO Abiola, who was a widely accepted business mogul and political leader beyond the shores of Africa.’’