The Central News Agency reported a truck that was “not parked properly.” The vehicle is suspected of sliding into the path of the train. 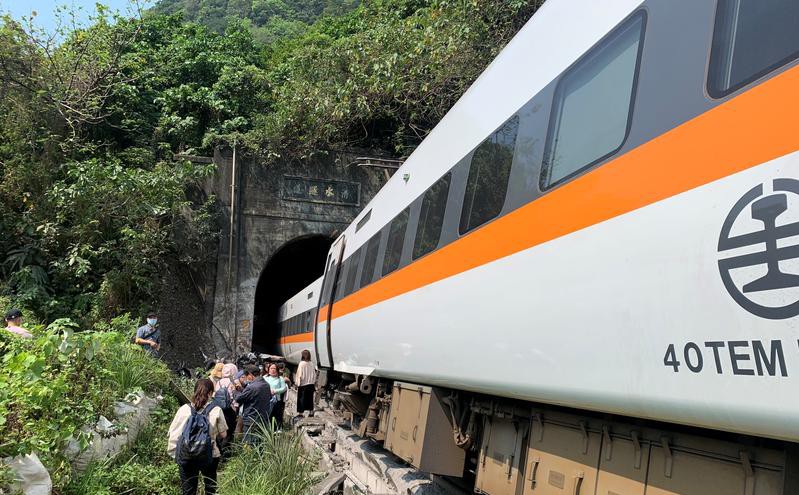 On Friday morning, 36 people were reported killed and 72 injured when a Taiwan train derailed in a tunnel after hitting a truck.

The train, 408 Taroko Express, was travelling from Taipei to Taitung in Taiwan carrying about 350 tourists when it came off the rails north of Hualien county.

The 408 is one of the fastest on Taiwan’s regular train network, reaching speeds of up to 130km per hour.

The Guardian reported that the transport ministry said 36 passengers “had no signs of life,” and 44 others sent to hospital with injuries.

Around 100 people were evacuated from the train’s first four carriages, while the remaining four carriages were difficult to access due to their deformation.

The Central News Agency reported a truck that was “not parked properly.”

The vehicle is suspected of sliding into the path of the train. Footage and photos posted on the CNA website showed people climbing out the open door of a railcar just outside the entrance to the tunnel.

The accident occurred at the start of a long weekend for the traditional Tomb Sweeping Day. During this religious festival, people travel to their hometowns for family gatherings and worship at their ancestors’ graves.

The crash is the country’s worst accident in over 40 years.

The last train accident was in October 2018 when an express train derailed on the north-east coast, killed 18 people, and injured about 200 others.

The previously deadliest report happened in 1981 when a collision in western Taiwan killed 30 people and injured 112.