Senate President Ahmad Lawan said “The nomination cannot be nullified because we asked them to be changed.” 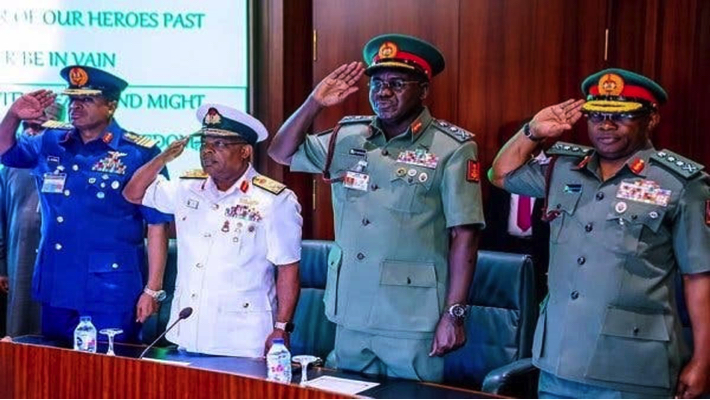 The Nigerian Senate has ratified the appointment of the former service chiefs as non-career ambassadors despite pending allegations of war crimes.

The nomination of the immediate past service chiefs was confirmed on Tuesday after the chairman of the foreign affairs committee Muhammed Bulkachuwa presented a report for the consideration of the upper chambers.

President Muhammadu Buhari had quickly nominated the immediate past service chiefs for appointment as non-career ambassadors, after they resigned from their previous positions.

The president’s move triggered serious reactions from Nigerians who believed that the ex-service chiefs were nominated as envoys to dress them in diplomatic immunity to shield them from investigation and prosecution by the International Criminal Court (ICC).

In the report presented to the Senate, Mr. Bulkachuwa said the nominees satisfactorily met the needed requirement for the confirmation of their appointment.

“The nominees responded satisfactorily. At the end of the screening exercise; their nominations are in line with section 171 of the 1999 constitution,” He said.

However,  Enyinnaya Abaribe, the minority leader pointed to the  petition against the ex-service chiefs, saying that it borders on the integrity of the senate.

He also questioned his colleagues’ decision to confirm their appointment after calling for their removal while as service chiefs.

“That petition borders on the integrity of the senate; it said that we called for their removal, how then do we confirm them for another appointment,” Mr. Abaribe said.

In his response to the minority leader, Senate President Ahmad Lawan said “The nomination cannot be nullified because we asked them to be changed.”