He claimed Mr Ayinde was looking to unlawfully acquire the property located at No 4, Ladoke Akintola Street, in posh Ikeja GRA area of the state. 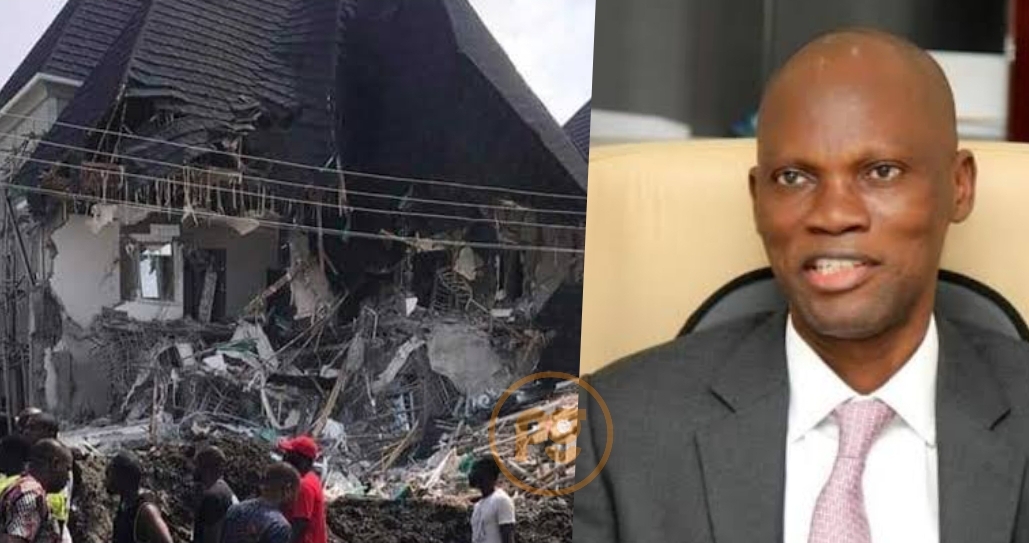 He claimed Mr Ayinde was looking to unlawfully acquire the property located at No 4, Ladoke Akintola Street, in posh Ikeja GRA area of the state.

In an interview with Peoples Gazette, Mr Mohammed alleged that the Lagos building agency demolished the property four days after it issued a seven-day eviction notice on July 15.

The developer said he had visited Gbolahan Oki, the general manager of LASBCA, in his office on July 18 to present the property documents, but Mr Oki asked him to submit the necessary documents through the official channel.

“The next day, around 6:00 a.m, security operatives and LASBCA officials were already demolishing the building. So I called the Presidential Implementation Committee on Lease in Abuja. They stopped the demolition around 9:00 a.m., but the building was demolished at that time.”

The Lagos government quickly began construction on the land immediately after the demolition, a move Mr Mohammed described as “ulterior”.

“They have set up a site office on the land. If they do not have ulterior motives, they will not commence construction immediately after the demolition. The federal government allocated the land. So LASBA occupying the land is unlawful,” Mr Mohammed argued.

Mr Mohammed said he believed the governor’s chief of staff was pushing to illegally take over the land because “the security officers at the site were stationed there by him.”

Mr Ayinde could not be immediately reached for comments. Officials of LASBCA severally declined to comment when reached by The Gazette.

A source who pleaded anonymity because he was not authorised to speak on the matter dismissed Mr Mohammed’s claims, saying the disputed property was part of those returned to the Lagos State government by the federal government, according to a Lagos State Official Gazette dated November 7, 1974.

The developer, however, explained that an approval issue was raised in 2019 during the construction stage, in which the state requested that they get approval for the proposed drawing of the house built.

He added that instead of the unlawful demolition, the agency was supposed to issue a penalty for the building approval.

“The recent eviction served was a reference to the notice served in 2019 and not the approval we got from the federal government,” says Mr Mohammed. “The demolition is not supposed to be the resolution for the 2019 building approval. They should have issued a penalty for us to pay for the approval of the process.”