The Ota Magistrates’ Court in Ogun has sentenced a 21-year-old driver, Kenneth Divine, to one-month imprisonment for stealing noodles. 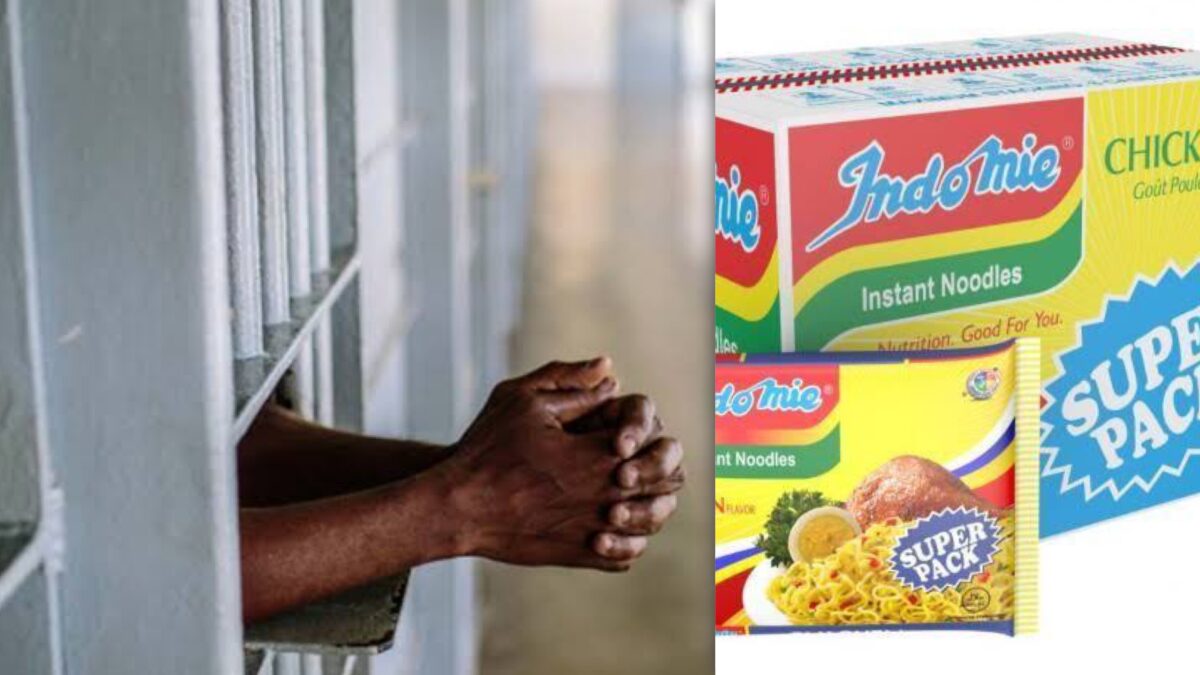 Jail and indomie noodles used to illustrate the story

The Ota Magistrates’ Court in Ogun has sentenced a 21-year-old driver, Kenneth Divine, to one-month imprisonment for stealing 14 cartons of Indomie noodles worth N48,300.

The police charged Mr Divine, alongside Joel Olawale, 34, with two counts of conspiracy and theft.

Delivering the ruling, Magistrate A .O. Adeyemi sentenced the convict to one-month imprisonment after pleading guilty to the charge against him with an option of N10,000 fine.

Mrs Adeyemi also directed him to give N48,300 to the complainant.

The second defendant, Mr Olawale, pleaded not guilty to the charge and was admitted to N50,000 bail with one surety.

The magistrate adjourned the case until May 13 for further hearing.

Prosecution counsel E.O.Adaraloye told the court that Messrs Divine, Olawale and others committed the crime on March 29 at the Indomie Company, Fowobi Oju-Ore area, Ota.