He insisted that the ugly development must be urgently nipped in the bud by the relevant security. 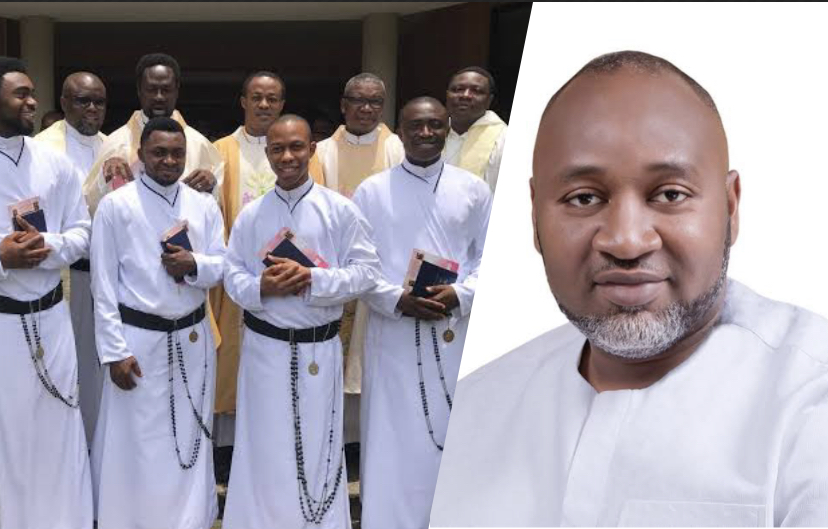 Presidential candidate of the African Democratic Congress Dumebi Kachikwu has decried the upsurge in the attacks of Catholic priests in the country, noting that 18 of them have either been abducted or killed since January 2022.

Mr Kachikwu, in a statement in Lagos on Thursday, described the development as unacceptable and an unprovoked aggression against a section of the population dedicated to the service of God and humanity.

He insisted that the ugly development must be urgently nipped in the bud by the relevant security.

According to him, on June 26, a Catholic priest in Edo, Rev. Fr. Christopher Odia, was abducted and later murdered.

He said the killing of Mr Odia was preceded by the abduction and killing of a Kaduna State-based Catholic priest, Rev. Fr. Vitus Borogo, on June 25 by suspected terrorists.

Mr Kachikwu said the latest incident was the killing of Rev. Fr. John Cheitnum, after he and his colleague, Rev. Fr.  Donatus Cleopas, were kidnapped by bandits on July 16, 2022 by suspected bandits in Lere Local Government Area of Kaduna State.

“Fr. Cleopas was later released after an alleged payment of an undisclosed sum as ransom.

“Fr. Cheitnum was the Director of Communications at the Catholic Diocese of Kafanchan before he was abducted and subsequently killed,” he said.

He noted that Fr. Cheitnum was also the Chairman of the Christian Association of Nigeria (CAN) in Jema’a LGA of the state.

According to him, a statement by the Church in Need, a global Catholic Charity Organisation, said: “at least 18 priests have been kidnapped in Nigeria since the beginning of 2022, five in the first week of July alone. Although most were released unharmed, three were killed.”

Mr Kachikwu urged relevant security agencies to rise up to the challenge of insecurity in the country and ensure adequate security of Nigerians, especially Priests of the Catholic faith who had not only become vulnerable but an endangered species.