Ebonyi Igbos will never be part of Biafra: Gov. Umahi

“We are not Biafra. We have been so oppressed, and now we are finding our feet, and you want us to go back. We will not. We will not,” Mr Umahi insisted. 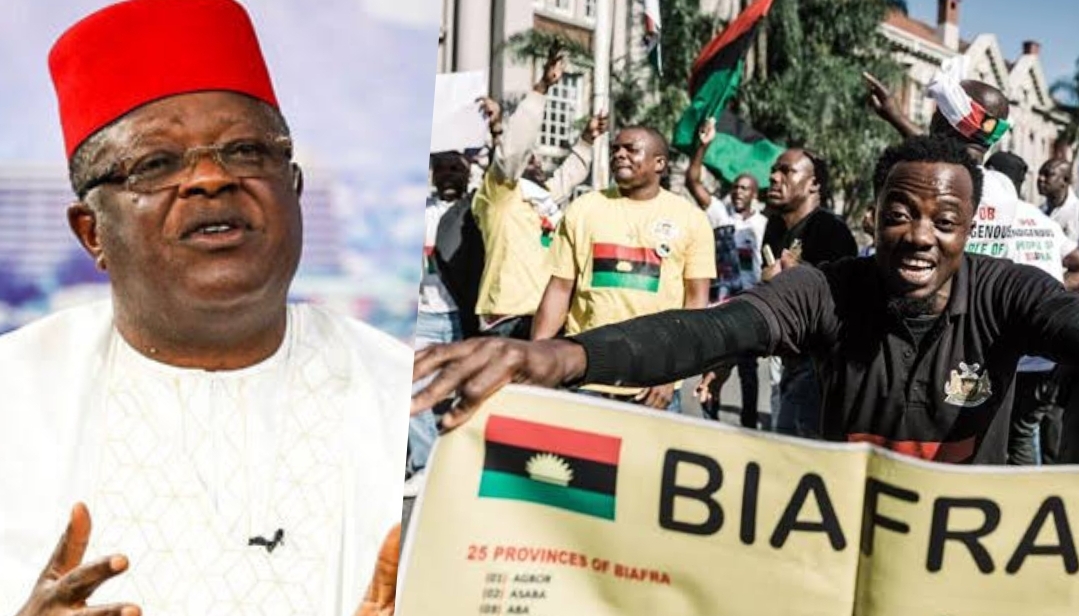 Governor David Umahi of Ebonyi says Igbos in Ebonyi will not aspire for or be part of Biafra because the state has been “so oppressed.”

“First and foremost, I have been saying it, if anybody tells you about Biafra, tell them Ebonyi state will never be part of Biafra. We are not Biafra. We have been so oppressed, and now we are finding our feet, and you want us to go back. We will not. We will not,” Mr Umahi insisted.

Mr Umahi made this statement in Abakaliki Thursday after declaring he will run for president in 2023 on Wednesday.

The governor had vowed to carry on from where President Muhammadu Buhari stopped by the end of his tenure if elected the next president in 2023.

Mr Umahi, who is banking on the APC zoning its presidential ticket to the South-East, had maintained a public perception of a performing governor until January 2021, when Peoples Gazette, in a report, exposed how he massively diverted state funds into his personal company account.

According to bank documents, between 2011 and 2019, Mr Umahi has diverted about N3.6 billion into his Brass Engineering, a company he has owned since 1993, since after he became deputy governor to Martin Elechi in 2011, in brazen disregard for extant code of conduct regulations precluding senior public officials from conducting private businesses, except subsistence agriculture, while in office.

Angered by The Gazette’s report, an aide of Mr Umahi in a phone call threatened to kill the online newspaper’s reporters, fuming that The Gazette’s exposing of Mr Umahi’s corruption “could cost lives.”