“I had to leave the building and rent an apartment in the same vicinity,” the caretaker said. 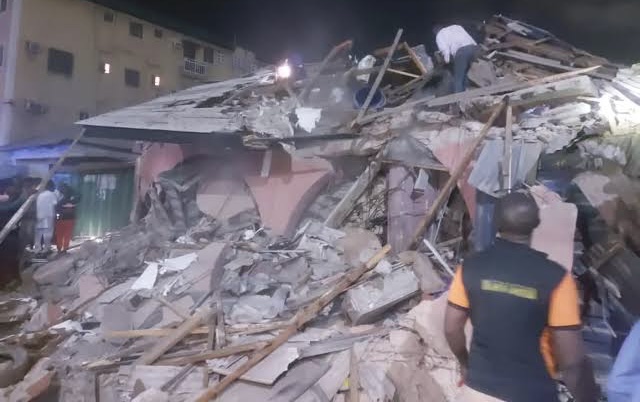 The man in whose care the three-storey building that collapsed in Ebute-Meta was entrusted, said that he gave its occupants quit notice after discovering the house was distressed.

The caretaker, the landlord’s son, spoke anonymously to emergency responders and journalists on Monday.

He explained that he was living in the building with other occupants when he noticed the distress signs.

“I had to leave the building and rent an apartment in the same vicinity,” the caretaker said.

The caretaker said he eventually handed quit notice to the occupants, but they failed to quit.

Also, he said he had not collected rent from the tenants for a long time since he had expected them to vacate the building.

The building collapsed on Sunday night, killing eight occupants, while 23 were rescued alive.

Emergency workers have been working on getting to ground zero of the building.