A well-known figure in the APC, the fake army general repeatedly shot at young Nigerians during the 2020 EndSARS protest in Lagos. 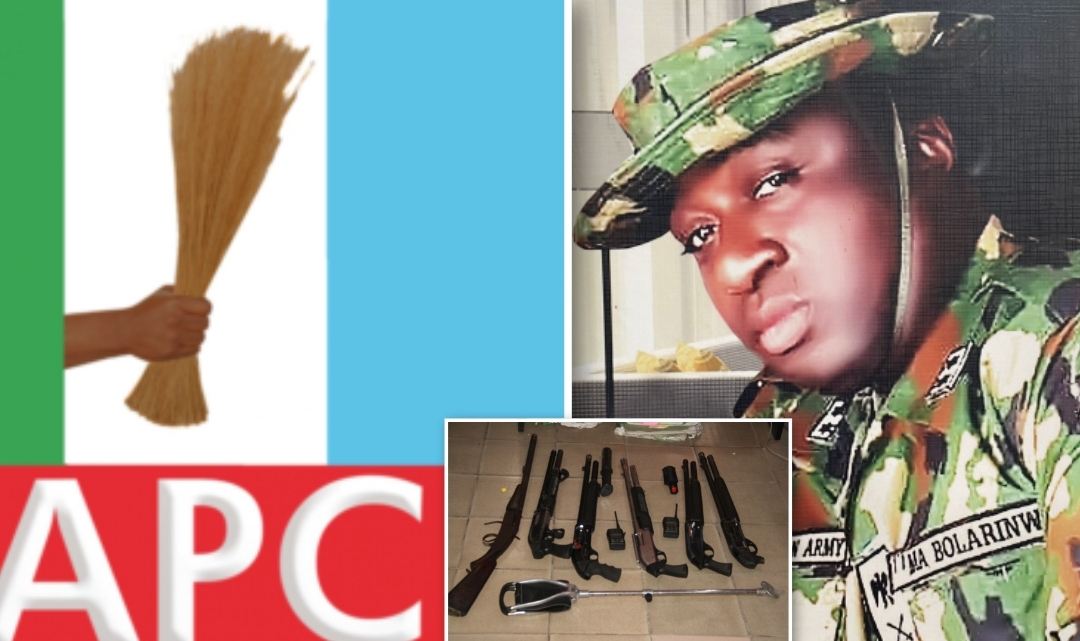 Bolarinwa Oluwasegun, who faked the identity of an Army general to defraud unsuspecting citizens to the tune of $270 million, has been arrested by the Economic and Financial Crimes Commission (EFCC).

The EFCC announced the details of his arrest through its official Twitter handle, with the headline: EFCC Arrests Fake Army General Who Claimed Buhari Nominated Him As COAS for Alleged N270m Fraud.

“Operatives of the Lagos Zonal Command of the EFCC have arrested one Bolarinwa Oluwasegun, a fake Army General, for an alleged N270m fraud,” EFCC tweeted.

Mr Oluwasegun is a well known figure in the ruling All Progressives Congress (APC). His brutish and crude behaviour were well documented during the EndSARS protests when he shot repeatedly at protesting youths.

Despite clamour by Nigerians and the plethora of evidence that exposed Mr Oluwasegun of having committed a crime, he was neither arrested nor prosecuted by the Nigerian police.