Large quantities of petroleum products suspected to be adulterated diesel were seized during the raid. 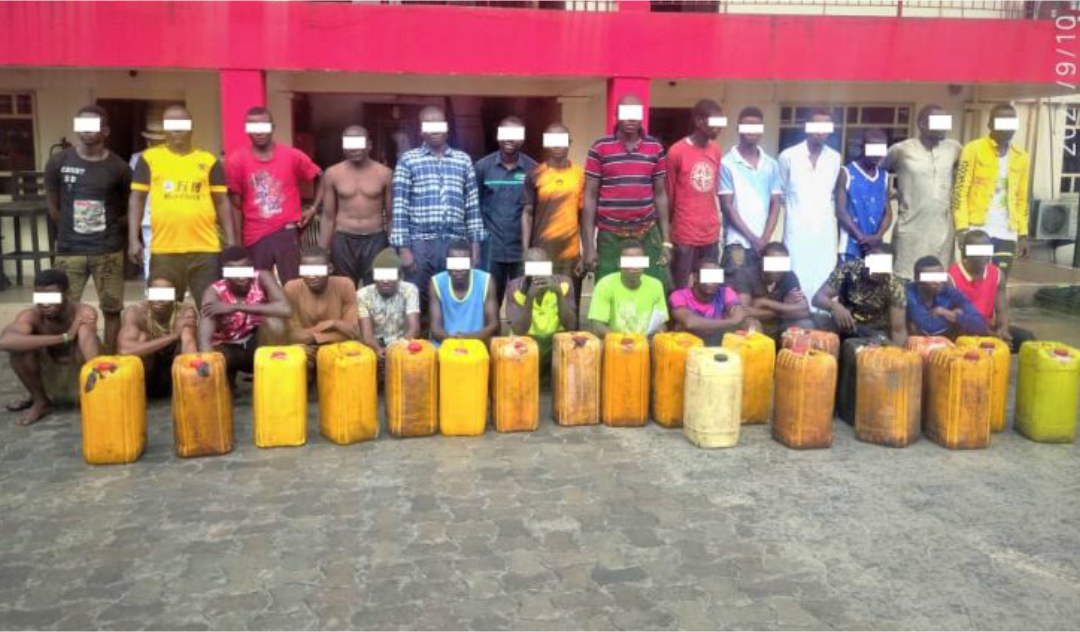 Mr Uwujaren said the suspects were arrested during a raid on their hideout in Ahoada.

“The 27 individuals were arrested on September 10 at Ahoada Local Government Area, Rivers, in connection with suspicious illegal oil bunkering.

“They were arrested in a random raid by EFCC operatives acting on verified intelligence on the suspects’ alleged oil bunkering activities,” he said.

Mr Uwujaren said that the operatives seized large quantities of petroleum products suspected to be adulterated diesel during the raid.

“Also intercepted were 20 jerry cans as well as 25 litres of petroleum product that was stored in drums and tanks.

“The petroleum products were about to be transported to various locations before the seizure,” he added.