The Alpha-jet lost contact with radar in Borno while on an interdiction mission to support ground troops. 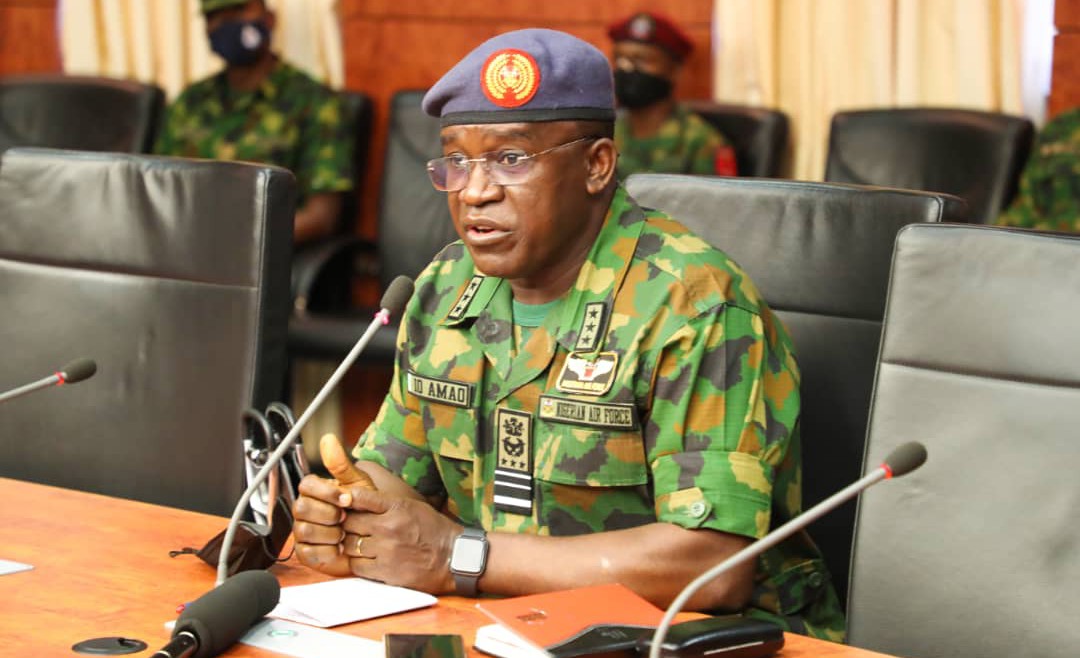 “You are all aware of the efforts we are making to rescue our pilots and recover crashed aircraft. We will continue to sustain the efforts,” Mr Amao stated while having an Easter lunch with troops of the Air Component of Operation Lafiya Dole in Maiduguri.

The Alpha-jet lost contact with radar in Borno while on an interdiction mission to support ground troops.

The mission was part of the ongoing counterinsurgency operations in the North-East. According to the air force, the loss of radar contact occurred at about 5:08 pm on 31 March 2021.

The NAF chief urged the troops to sustain the fight against insurgents.

He told them, “In spite of the sad events of the past few days, this is the time NAF must show strength, determination and remain undeterred than ever before until the entire North-East is rid of terrorists and other criminal elements.”

He noted that while the air force had achieved a lot towards degrading the insurgents’ capacity and capability, more needed to be done to achieve the desired level of peace and security in the region.

He urged, “We must continue to work assiduously, in synergy with sister services and other security agencies, to ensure that peace and security of lives and property are achieved.”

According to him, from a critical analysis of all available intelligence, the crash was caused by other factors and not by Boko Haram.

“The sad situation notwithstanding, now more than ever before is the time NAF must show strength, determination, be undeterred and unrelenting until the entire North-East is rid of terrorists and criminal elements,” Mr Alao added.