Egypt have now become the champion of the U-19 Girls African Nations Volleyball Championship. 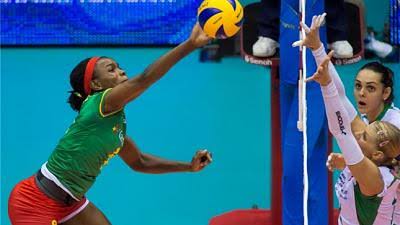 The Egyptian team on Monday defeated their counterparts Cameroon 3-1 in the ongoing 2022 Under-19 Girls African Nations Volleyball Championship in Abuja.

In the final match of the championship at the Moshood Abiola National Stadium, the Egyptians were determined to win the game at all costs.

Egypt beat Cameroon in the first set 26-24 and defeated them again in the second half with nine points, 25-16.

Egypt have now become the champion of the U-19 Girls African Nations Volleyball Championship.

After the match, Farida Kamel, a player from the Egyptian team, said, “We came for a business in this championship. Now that we are champions, our coaches will know what to do to guide us in our training back in Cairo.”

Kamel added, “We will represent the continent with good results in the world next year. We will win the World Cup next year.”

Egypt and Cameroon will represent the continent in the World Cup next year.

Cameroon won the 2021 edition of the championship held in Abuja.

Nigeria, Cameroon and Egypt participated in the 2022 Under-19 Nations Championship.

The event started on Thursday and ended on Monday.