El-Zakzaky also wants the court to declare the FG’s refusal to allow him travel abroad for medical treatment a threat to his life. 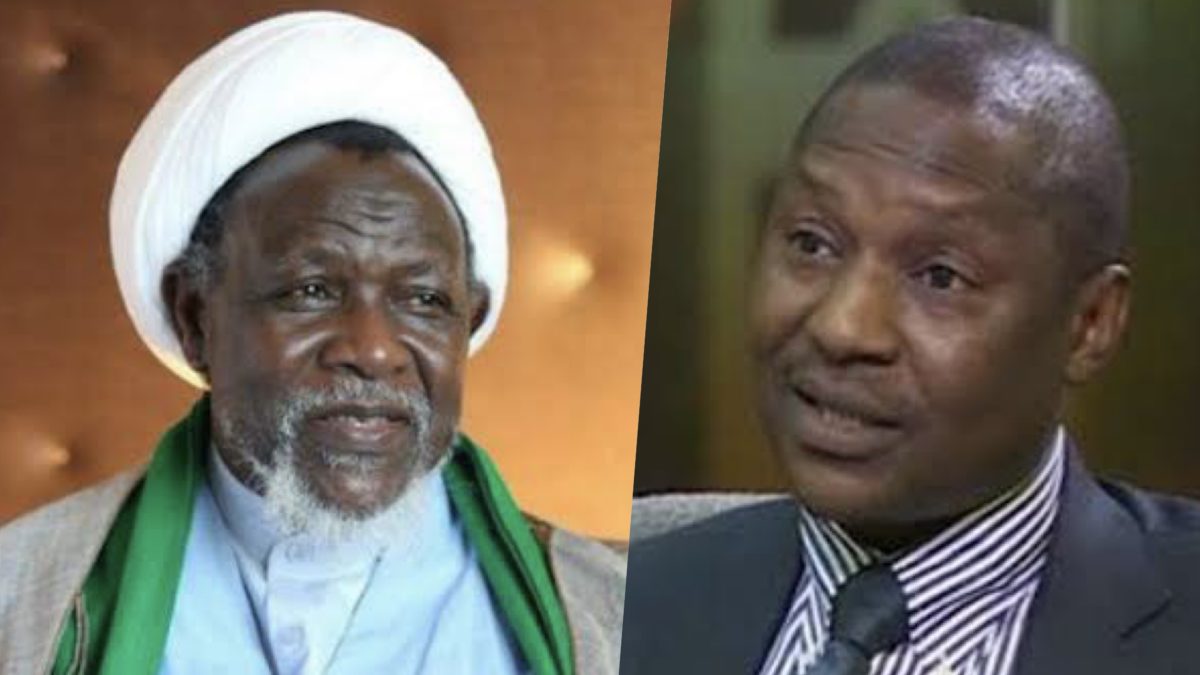 Leader of the Islamic Movement of Nigeria, Ibraheem El-Zakzaky, filed a N2 billion suit against the State Security Service (SSS) and the Attorney-General of the Federation (AGF) on Monday in Abuja.

His counsel, Femi Falana, who filed the suit, stated that El-Zakzaky demanded the money as general and exemplary damages over the respondents’ refusal to release his travel passports.

In the suit, El-Zakzaky asked for an order of the court mandating the SSS and AGF to pay him the N2 billion for the violation of his rights to freedom of movement, fair hearing and property.

He also sought a court declaration that the seizure of his passport with number A50578740 since May 2019 was illegal and unconstitutional.

He claimed that the seizure violated his fundamental right to freedom of movement as guaranteed in Section 41 of the 1999 Constitution and Article 12 of the African Charter on Human and Peoples’ Rights.

The plaintiff also prayed the court to grant a perpetual injunction restraining the respondents from further violating his rights.

El-Zakzaky wants the court to also declare that the refusal of the SSS and the AGF to allow him to travel abroad for medical treatment was a threat to his life.

Other reliefs sought in the suit included a declaration that the travel restrictions placed on his passport at land borders by the AGF and the SSS without a court order were illegal and unconstitutional.

He also wants a court declaration that the restriction violates his right to fair hearing as guaranteed in Section 36 of the Constitution and Article 7 of the African Charter on Human and Peoples’ Rights Act.

He contended that in spite of the pronouncement of a Kaduna State High Court, which discharged and acquitted him and his wife, Zeenah, on July 28, the government was still keeping their travel documents.

He claimed that while in custody, he suffered lead poisoning with 244 lead metals lodged in his body, while his wife was shot in the thigh.

The court has not assigned the suit to any judge.