Ahead of 2023, “recycled old men” are waiting to replace Mr Buhari in this “costly electoral marathon,” wrote the FT. 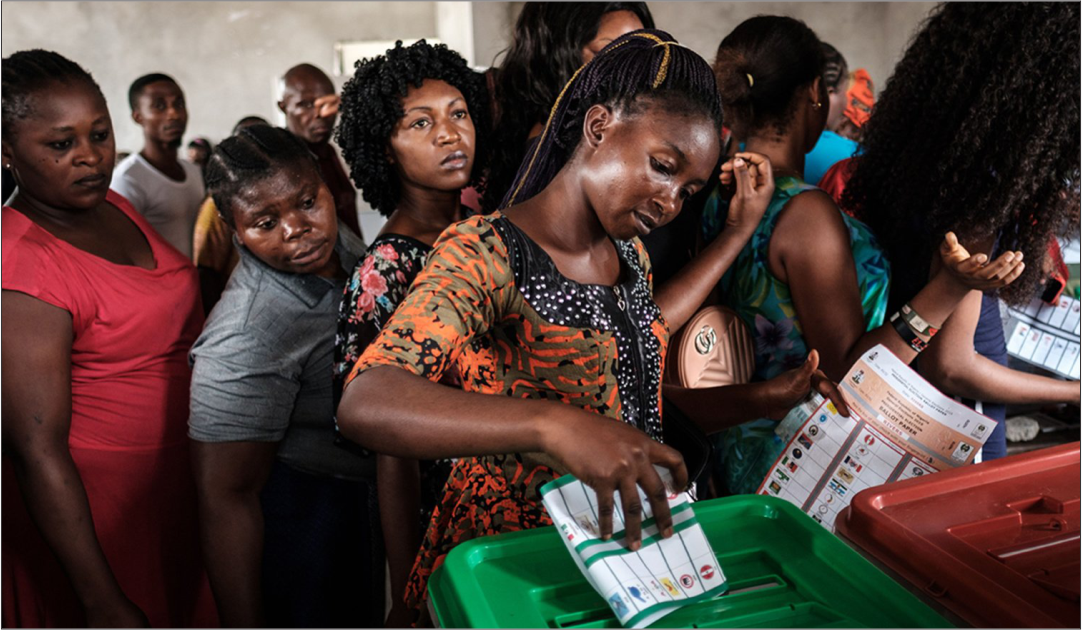 A photo of women voting used to illustrate the story

An international publication has beamed its spotlight on Nigeria’s presidential election, estimated to cost $2 billion, over one trillion in Nigeria’s local currency, the naira.

“Familiar candidates to replace him (Buhari), mostly recycled old men, are already counting their money ahead of a costly electoral marathon. It takes an estimated $2bn to get a president elected. Those who pay will expect to be paid back,” the newspaper wrote.

The report by Financial Times also excoriated the Muhammadu Buhari regime, whose cabinet members are infamously known for constantly squandering the nation’s resources on first class tickets bought from British Airways, shuttling the Abuja-London air routes, at the expense of the average Nigerians struggling to earn a minimum wage of $72.

The newspaper went on to attribute the regression in the nation’s economy to Mr Buhari’s incompetence to address the issue of insecurity, despite being a retired Major-General.

“Buhari has overseen two terms of economic slump, rising debt and a calamitous increase in kidnapping and banditry – the one thing you might have thought a former general could control,” the London-based newspaper reported.

The publication noted that Buhari’s exit in 2023 may not be the fresh air Nigerians hoped to breathe, as recycled wealthy old men were already waiting in line to be president.

“Next year, many of the members of government will change, though not necessarily the bureaucracy behind it.

“Campaigning has already begun for presidential elections that in February 2023 will draw the curtain on eight years of the administration of Muhammadu Buhari, on whose somnolent watch Nigeria has sleepwalked closer to disaster.” wrote the publication.

There have also been speculations that Nigeria’s vice-president, Yemi Osinbajo and former president Goodluck Jonathan were eyeing Mr Buhari’s office ahead of 2023.

Mr Tinubu, a major contender whose support was largely responsible for president Buhari’s emergence in 2019, has also flown to London, where he hopes to continue his campaign.