Governor Fayemi said that if Mr Oshiomhole was not suffering from PTSD, he should provide evidence. 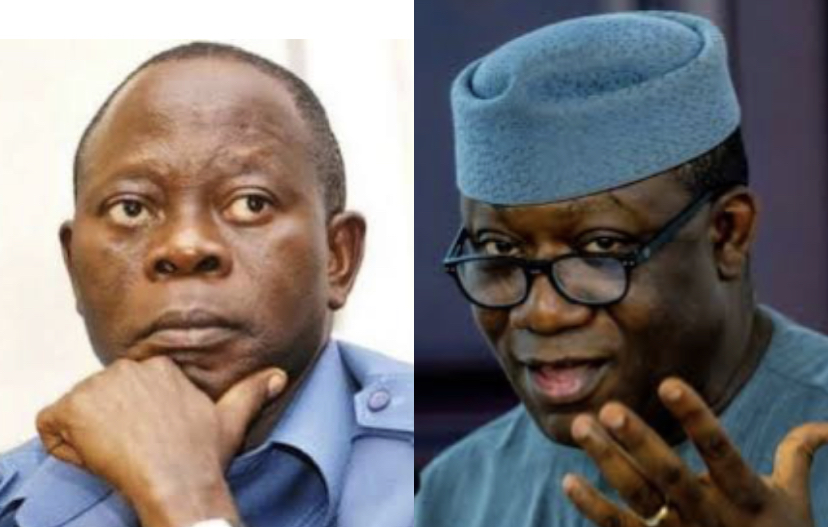 Ekiti State Governor, Kayode Fayemi, on Tuesday described as laughable an allegation that he once asked that an election be rigged in his favour.

Yinka Oyebode, chief press secretary to Mr Fayemi, said in a statement that the former chairman of the All Progressives Congress (APC), Adams Oshiomhole, who made the allegation, was suffering from post-traumatic stress disorder.

Mr Oshiomhole had made the allegation on national television on Monday.

“As APC national chairman, in one of the meetings I had with Gov. Kayode Fayemi, he told me bluntly to my face that, ‘Chairman, what we are saying is, you can go and conduct election to fulfil all righteousness,’” Mr Oshiomhole had said.

Mr Fayemi’s aide, however, dismissed the claim, stating that there was never a time that the governor asked Mr Oshiomhole to rig an election for him or any other person and never had any reason to ask for such fraud.

He also stated that Mr Fayemi was not responsible for Mr Oshiomhole’s removal as APC chairman, adding that “he has his ward executives and the courts to blame for that.

“Fayemi has demonstrated nothing but decency, decorum and fidelity to the rule of law in all his years in politics and in public office,” Mr Oyebode stressed.

He challenged Mr Oshiomhole to provide the public with verifiable evidence.

In November 2019, the APC suspended Mr Oshiomhole after 18 local government chairmen of the party in his native Edo state passed a vote of no confidence in him.

His suspension followed allegations that he was trying to disintegrate the party in the state by suspending governor Obaseki, who was then seeking a second term in office.